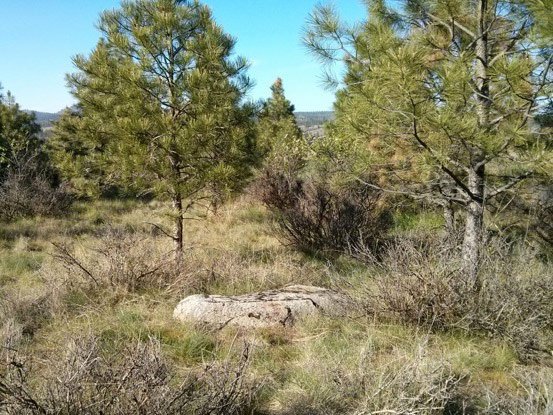 Mary and Maynard were hard-working farmers who owned a seed farm near Spokane, Washington. Their farm was a place where buttercups bloomed in the spring and pine trees grew tall. Four years passed between Mary and Maynard’s deaths, at which point, their daughter Katie decided to have a quilt made with their garments.

Katie was interested in a custom design that reflected a feeling of the farm she grew up on. She shared stories and photos as well as a list of icons or symbols that collectively represented different aspects of her parents’ shared life. The farm landscape was quite beautiful, and I explored some design ideas that tried to capture it. 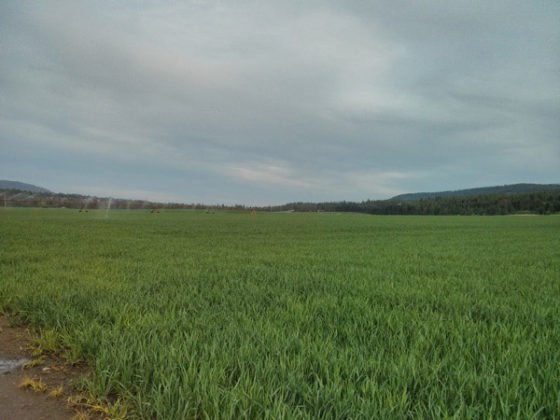 One of the icons we kept revisiting was the tall pines that surrounded and dotted the landscape around the planted fields. One of the stories that Katie told was of her parents replanting hundreds of pine trees after a fire that burned the woods around the farm. I began to think about two tall pines symbolizing Mary and Maynard’s strength and grace. 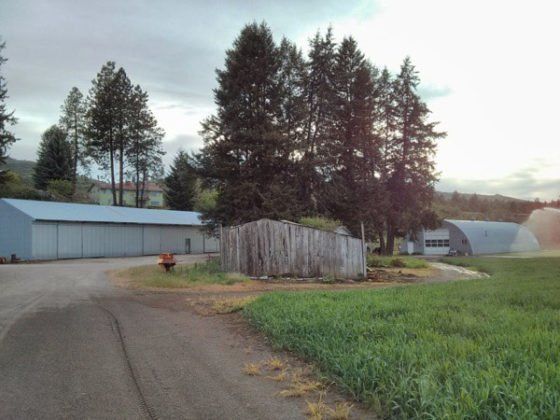 The idea resonated with Katie, so the landscape format was set aside in favor of a more iconic approach to the quilt pattern – two tall trees with intersecting branches. Katie suggested that the trunk of her dad’s tree be comprised of his wool trousers, and the trunk of her mom’s tree be made out of one of her shirts. 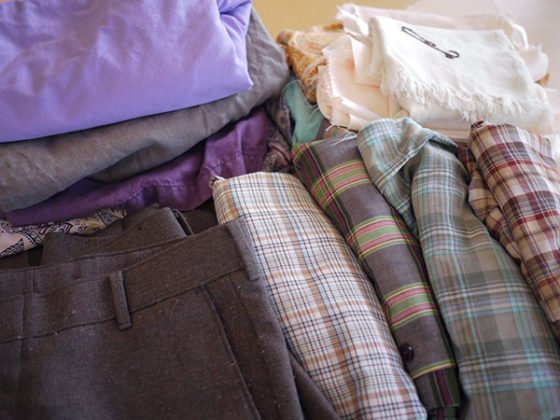 The act of deconstructing a person’s clothing is an intimate experience and is one of the more tender and illuminating parts of my process. Clothing can speak volumes about the wearer. This was especially true with Mary and Maynard’s work shirts. Some were worn through in the same place along the base of the forearms, like the tan plaid shirt below. Others were carefully mended or restyled to individually suit the wearer, like the pockets on the green plaid shirt which had been removed and reattached down towards the hem. For easier access while working? Just a style thing? It was fun to ponder. 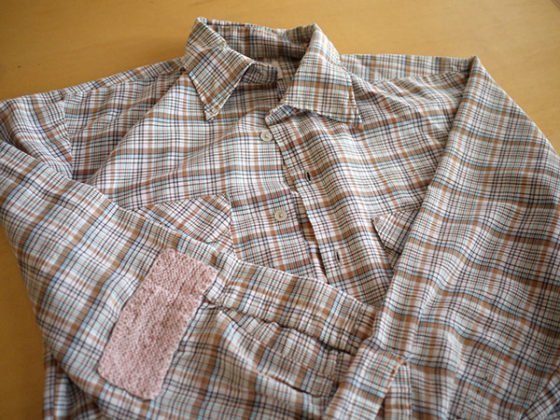 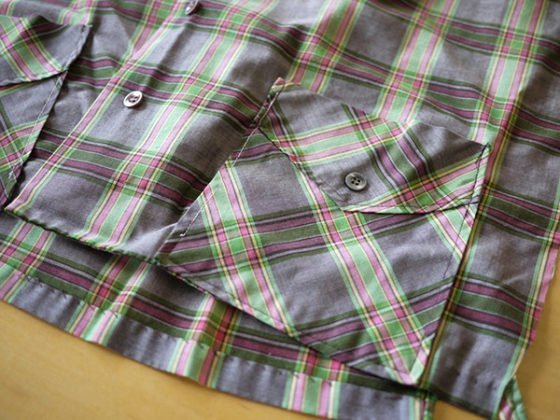 When deconstruction was complete, each garment was cut into rectangular blocks. The two trunk fabrics can be seen at the top of the next photo, the second row is the plaid farm shirts, and the third row are some accent fabrics that include a favorite scarf and Katie’s wedding dress she wanted nestled in and amongst the two trees. 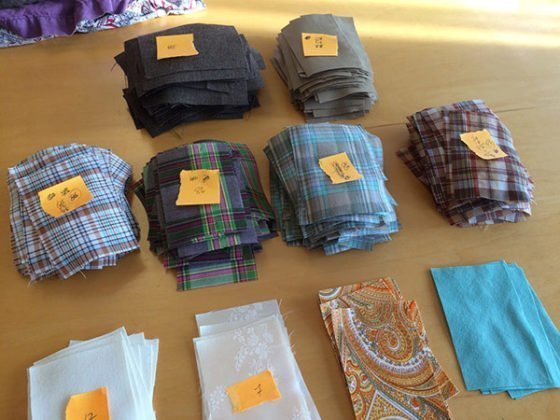 During layout, each separate tree shape just fit on my 8-foot long table – first came Maynard’s tree with his wool trousers for the trunk and branches. 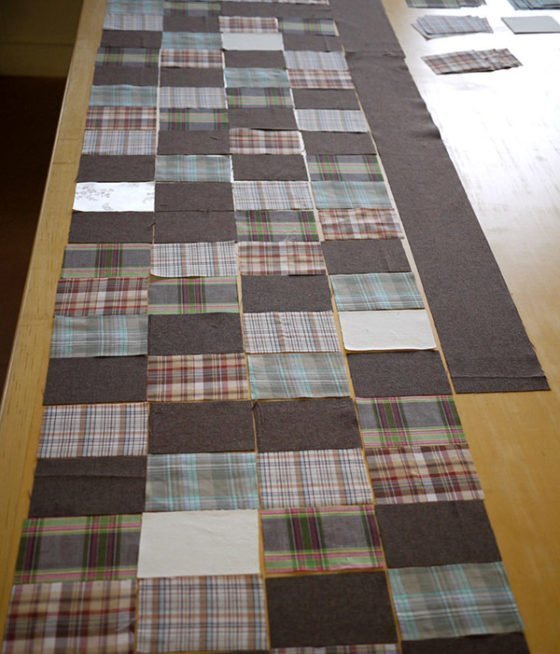 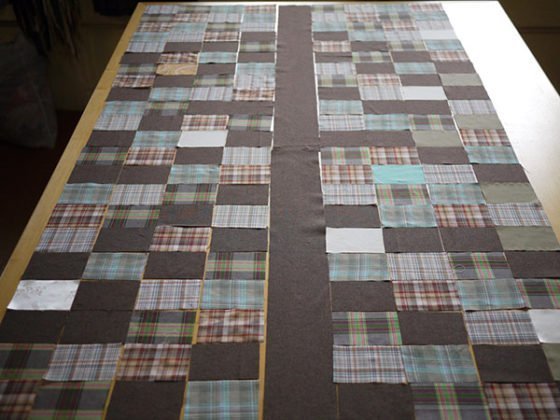 One of Mary’s dresses was a fantastic orange paisley print that Katie and I both agreed should be used sparingly for effect. 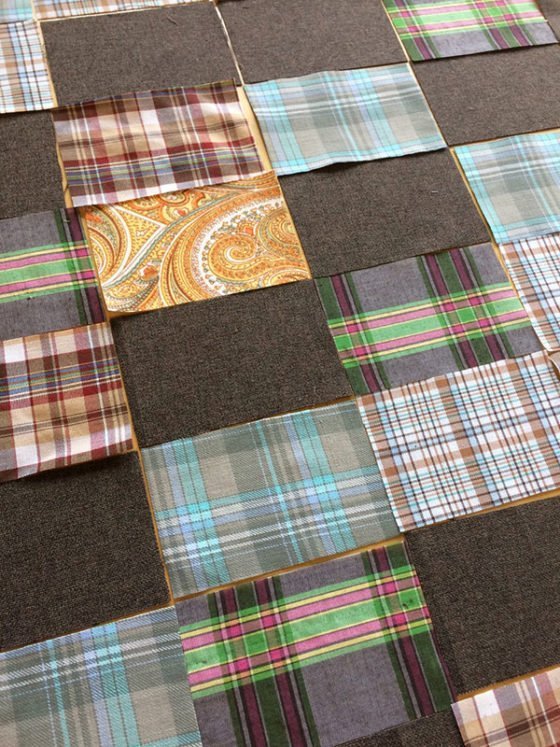 While the pine tree symbology took care of the overarching theme, Katie still wanted some additional icons represented in the quilt, but wanted them to be more subtle than an appliquéd shape. I played around doing some free-hand machine-embroidery, which was new to me, and it seemed like the right way to go. Katie picked four remaining icons – wheat, a buttercup, a carrot, and her mom’s WWII era jeep – to be embroidered on the corner blocks of the outside border. 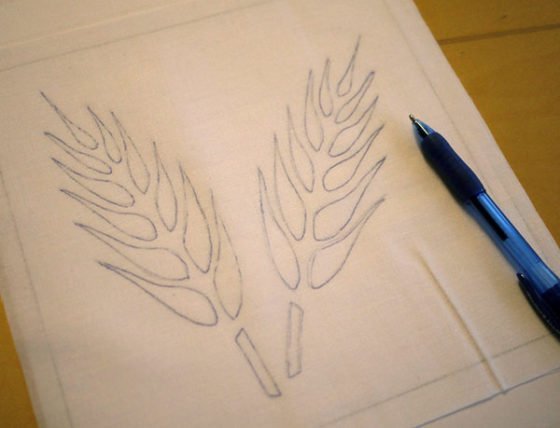 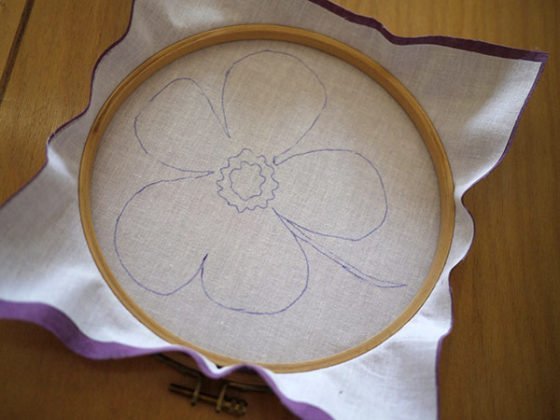 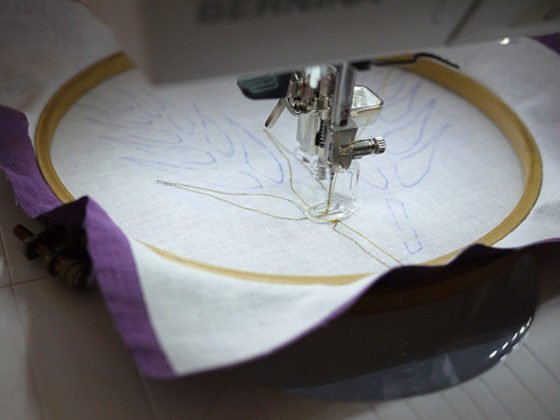 The rough, hand drawn quality of the machine embroidery was nice, but slightly too faint, even with a bright contrasting thread color. 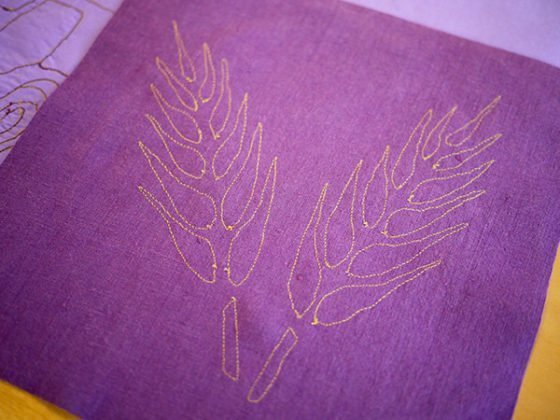 After the quilt was quilted, I felt the embroideries didn’t stand out enough, so I went ahead and hand embroidered overtop to give them a bit more punch. 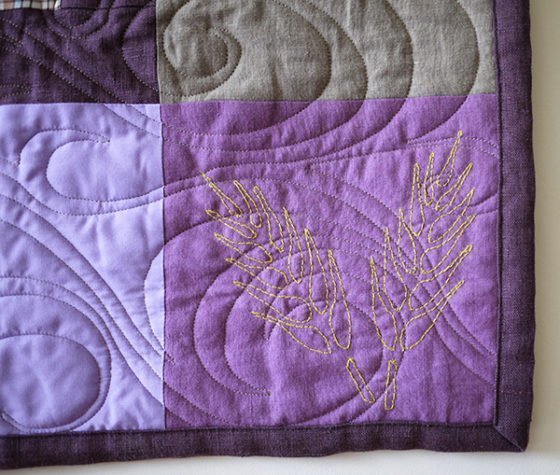 Here is the final piece, quilted with a wind pattern, followed by some details. 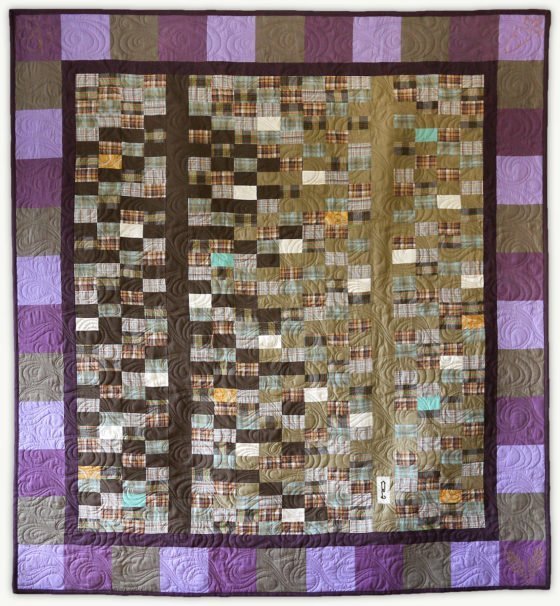 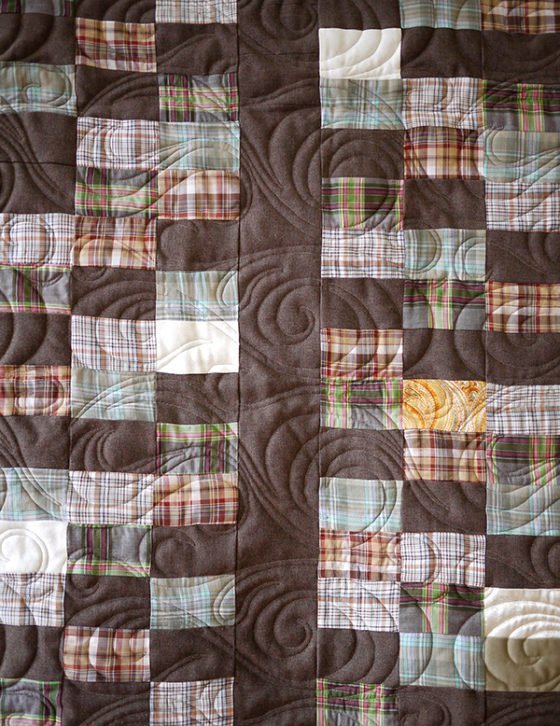 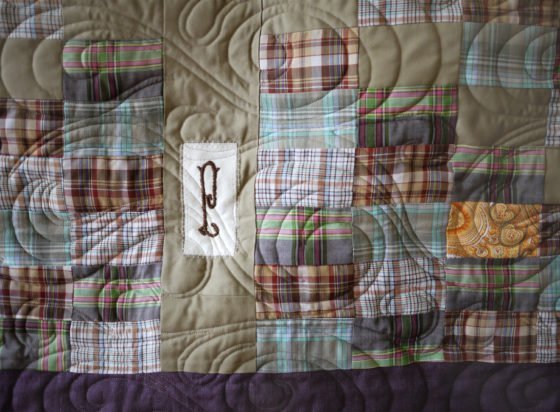 Some secondary icons were stitched onto a patch on the back of the quilt – skis, a pansy, and an icon that Katie drew to represent her dad’s love of electronics. The MC-squared is how they used to sign their combined initials, which were both MC. 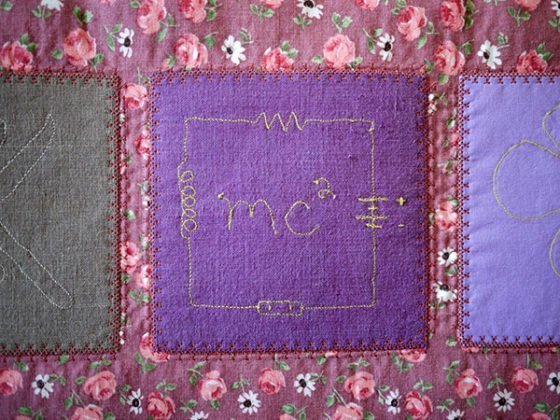 A big thank you to Katie for her thoughtful involvement throughout the entire process.