Marking the Infinite is the title of an amazing exhibit of women artists from Aboriginal Australia. I happened to stumble upon it while visiting the Museum of Anthropology in Vancouver, B.C. just last weekend. The exhibit features nine women  painters, who, in addition to being renowned artists, are important cultural leaders, known for their healing powers and ceremonial knowledge. The exhibit runs through March, 2019. 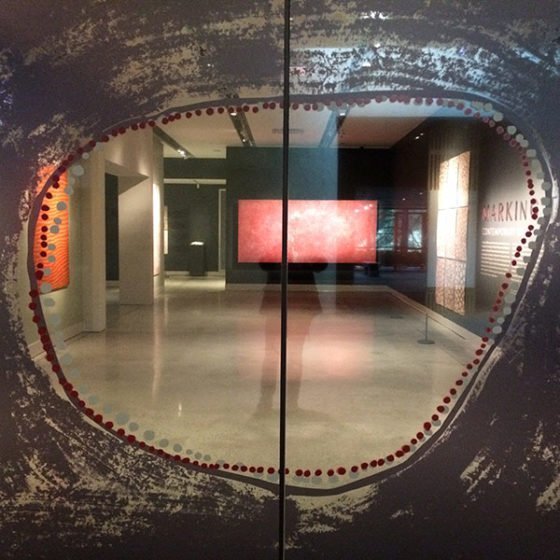 What struck me immediately about this work from the minute I walked through the exhibit entrance, was the meditative quality of the mark-making as well as the spiritual foundation of its intent. Nyapanyapa Yunupingu paints with earth pigments and felt tip pen. This one is called, Circles.

These next three paintings are by Nonggirrga Marawili. She paints with earth pigments on bark. 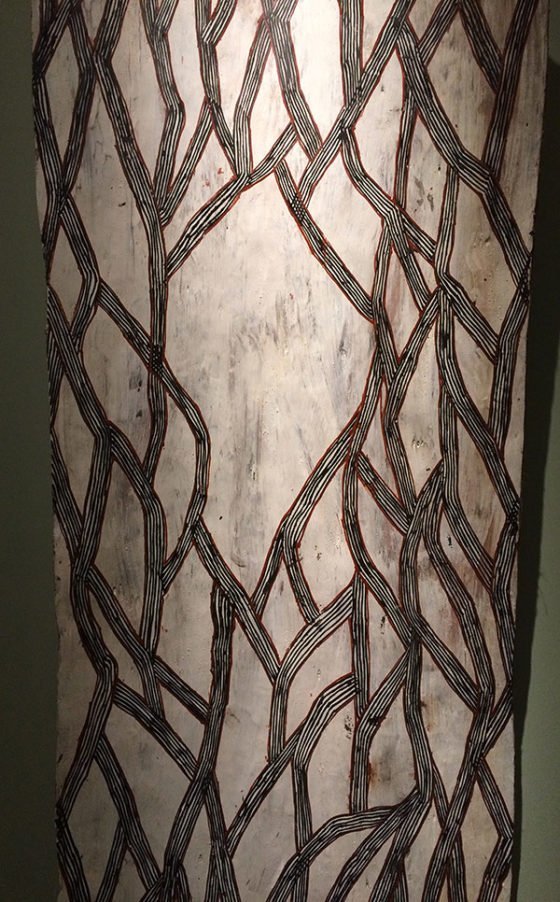 This one is entitled, Lightning and the Rock. 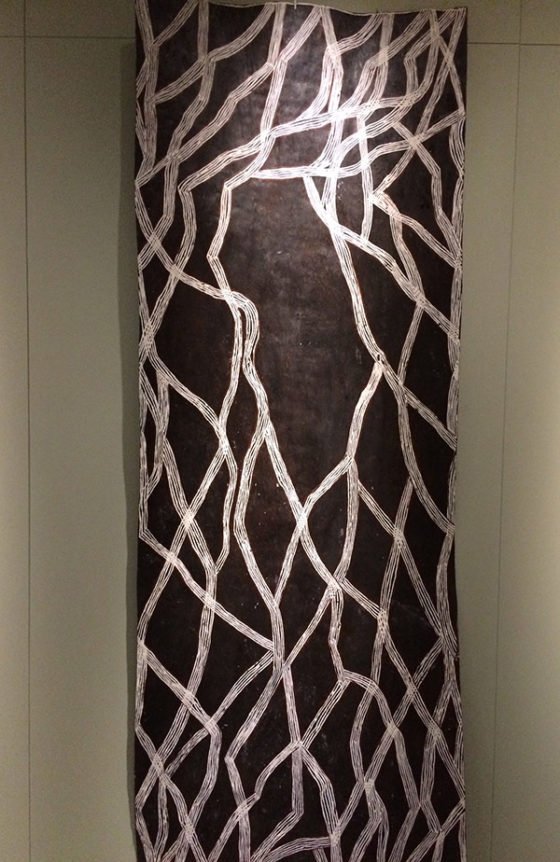 This red one is a detail of a larger painting – I wanted to get up close to see the organic quality of her brush work. 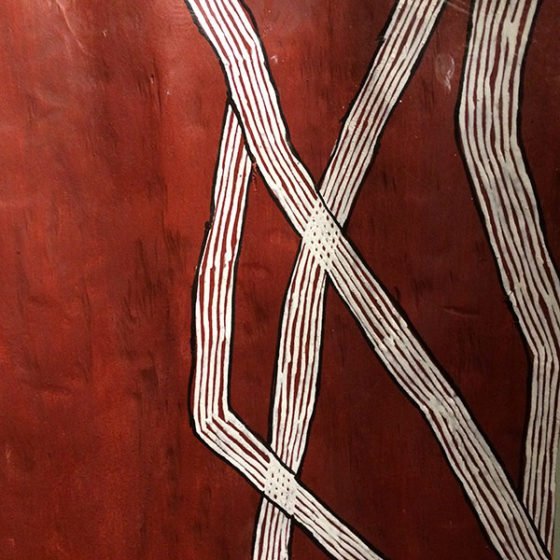 Carlene West’s paintings were quite large, and the most figurative of the entire group. This one, and the two following, are part of a series entitled, Tjitjiti. 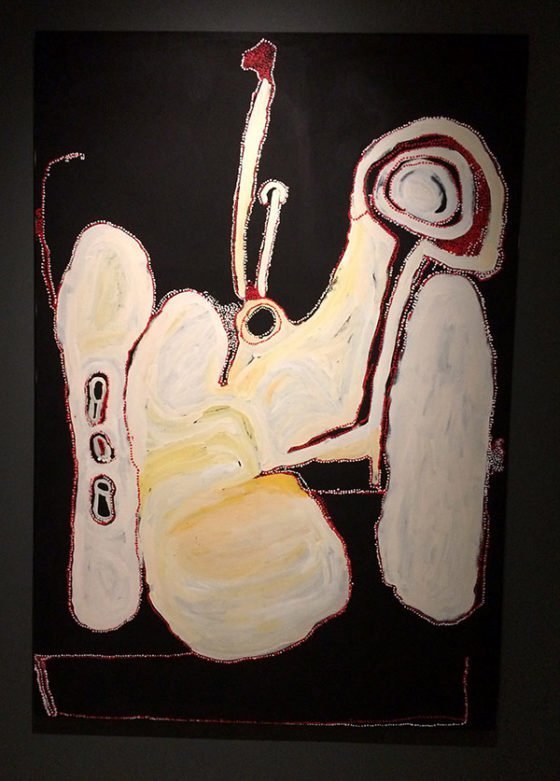 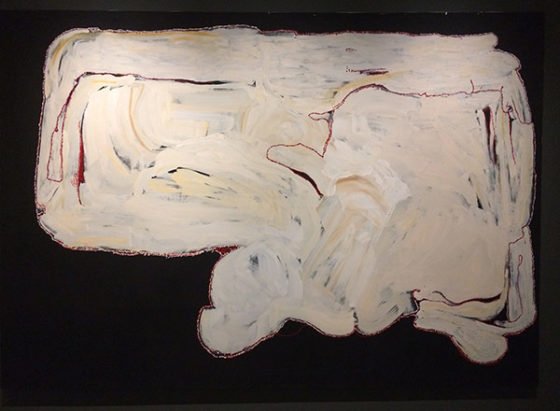 This is a detail from the one above. 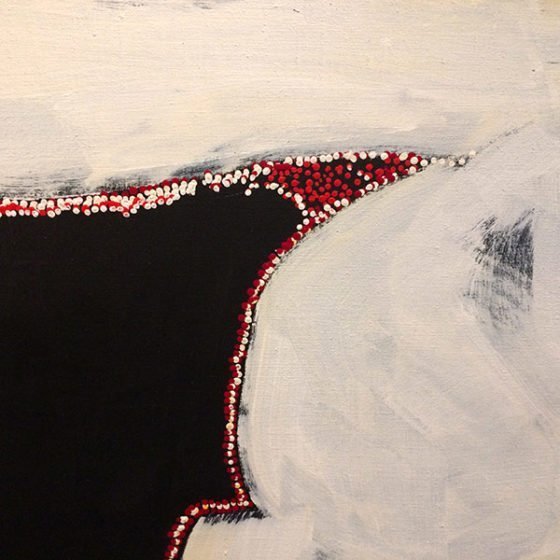 This was a beautiful wall of paintings by Nyapanyapa Yunupingu using the backs of recycled prints. She uses felt tip pen and earth pigments. 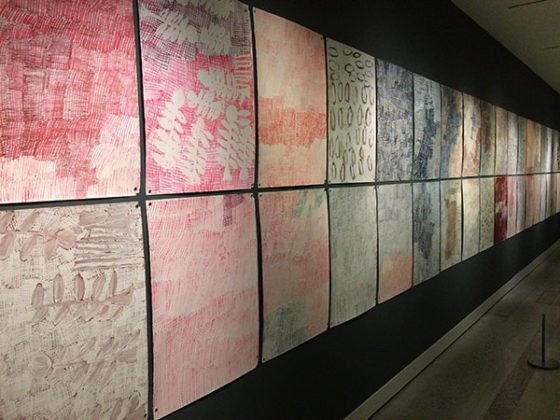 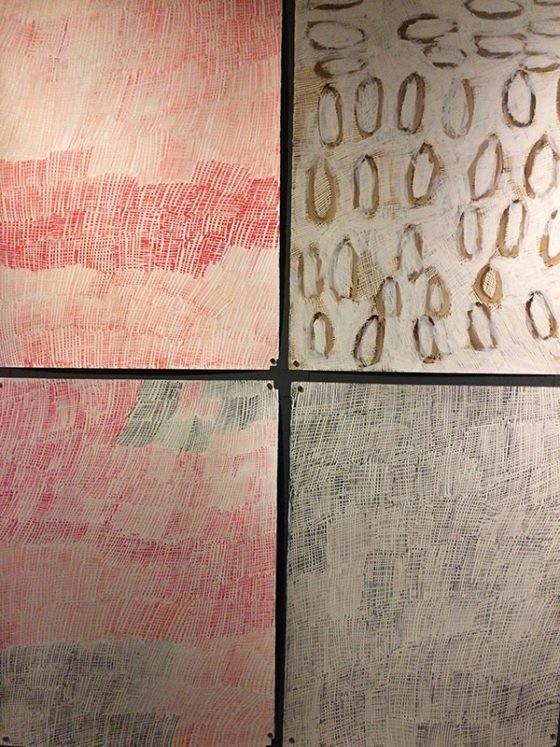 By far my favorite artist of the nine women was Angelina Pwerle. This painting is at least 10 feet wide and is made up of thousands of tiny white dots. It’s called, Bush Plum. The museum had placed comfortable lounge chairs in front of many paintings – I must have sat in front of this one for 10-15 minutes. Truly magnificent. 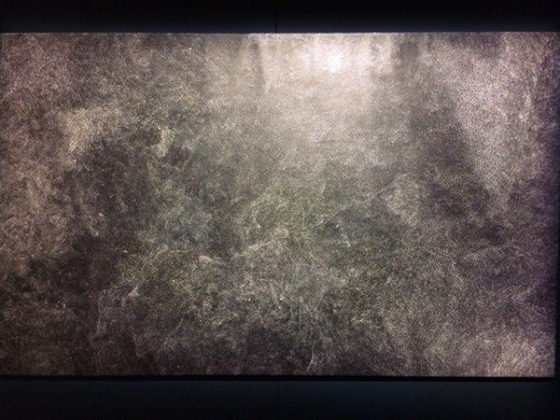 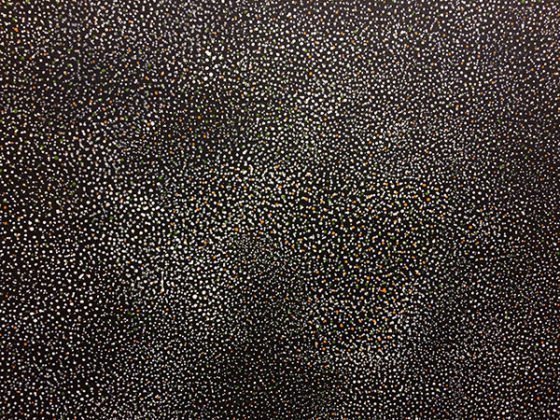 This painting by Regina Pilawuk Wilson also spans about 10 feet. It’s entitled, Sun Mat, and it represents the big fishnets her grandparents used to make. 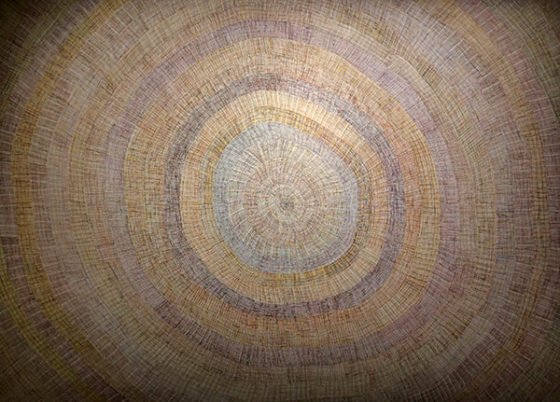 Here is a detail which shows the complexity of her color and line work. 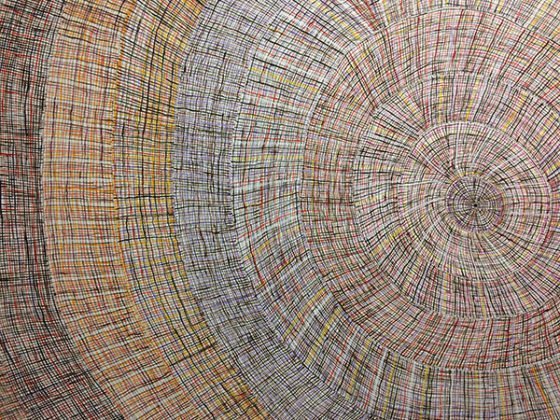 The final piece I’d like to share is again by Nyapanyapa Yunupingu. She painted roughly 150 paintings with white polymer on acetate and had them all scanned. Then using an algorithm to randomly layer combinations of 2-3 paintings at a time through a projector, the viewer could sit in front of the projected painting and watch as each new layer very slowly emerged as the bottom one faded out. Below I show the three images that emerged from the screen as I sat in front of it. 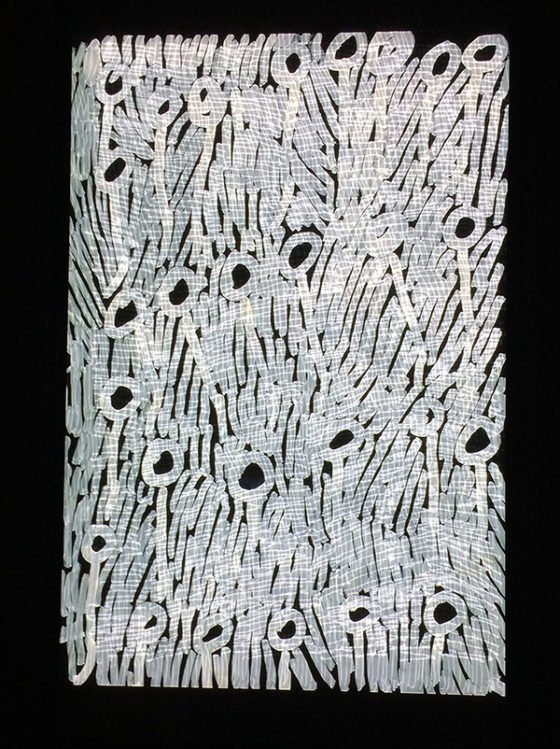 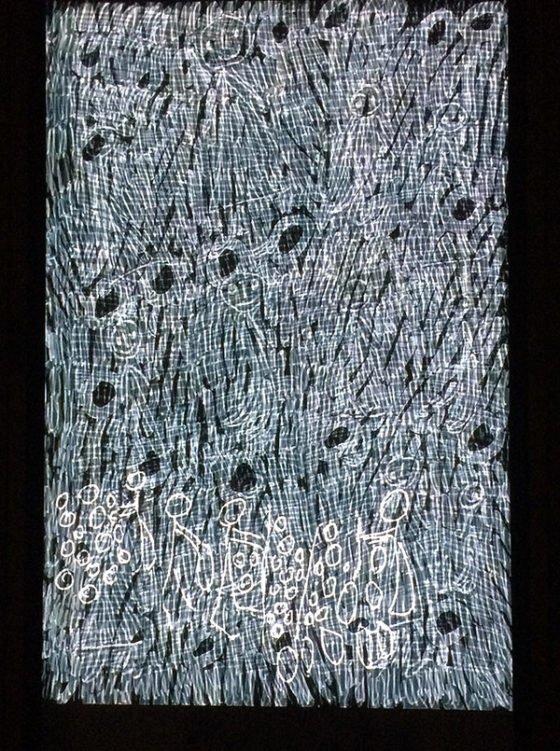 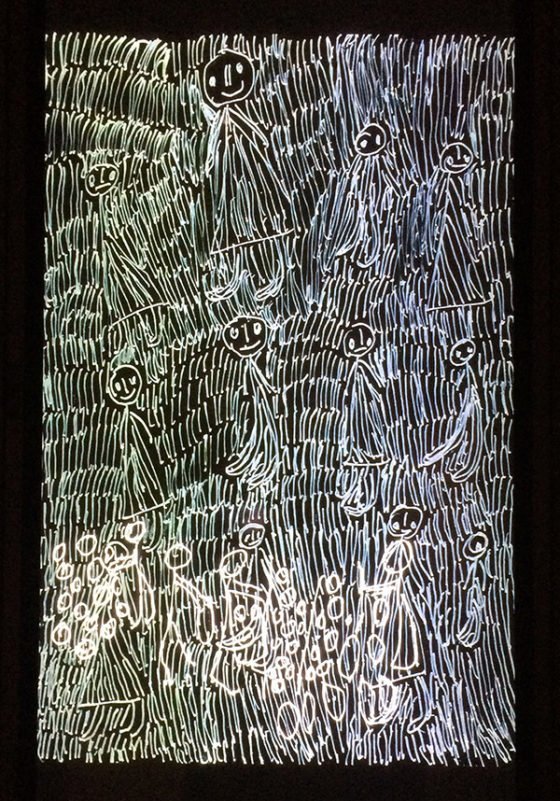 The show comes down at the end of March 2019, so check it out now if you can. Beautiful work.