According to Tom’s wife Catherine, Tom never took on a project without jumping in full throttle. This was especially true with his theater directing, first with middle school students, then with high school students. His productions were spectacular, and he welcomed anyone who wanted to be involved. He was a devoted mentor to his students and is sorely missed by his entire community.

Catherine asked me to make two memorial quilts in his honor: one for herself and one for their son, Dylan. I began with Catherine’s – she supplied me with some wonderful garments of Tom’s – beautiful colors and textures that were soft, muted, and artful. 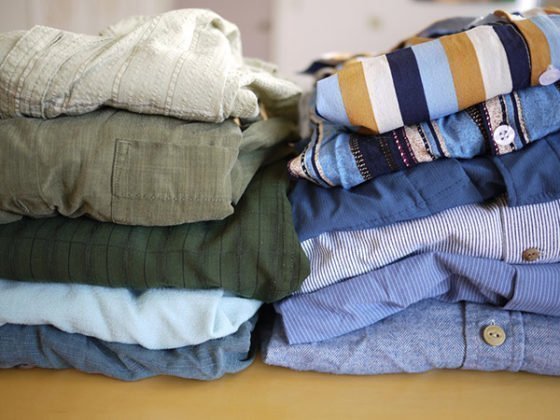 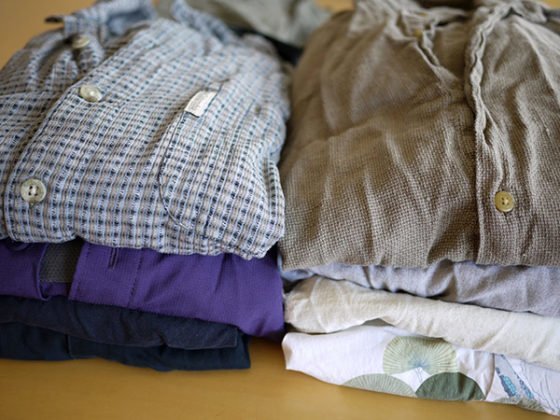 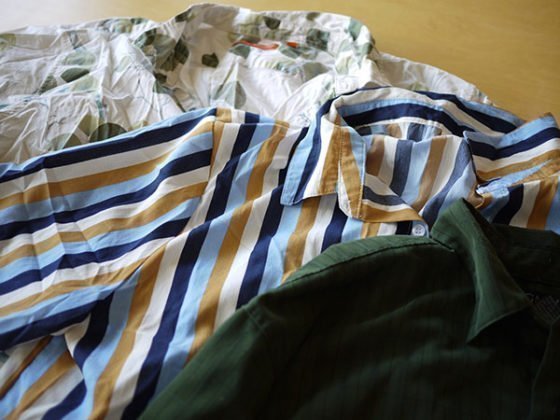 Catherine chose my Lewis quilt pattern which is made from diagonally striped blocks that alternate up and down from one to the other. 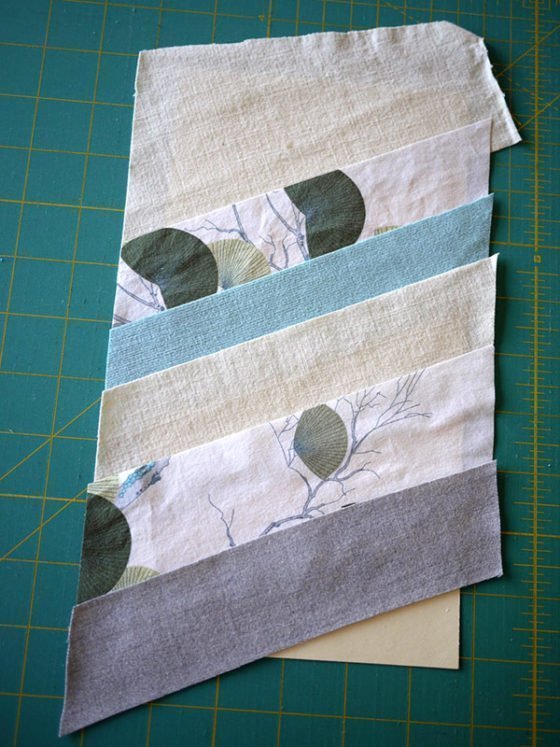 I began by assembling the center of the quilt which featured a graphic fan/tree print with other lighter fabrics mixed in. 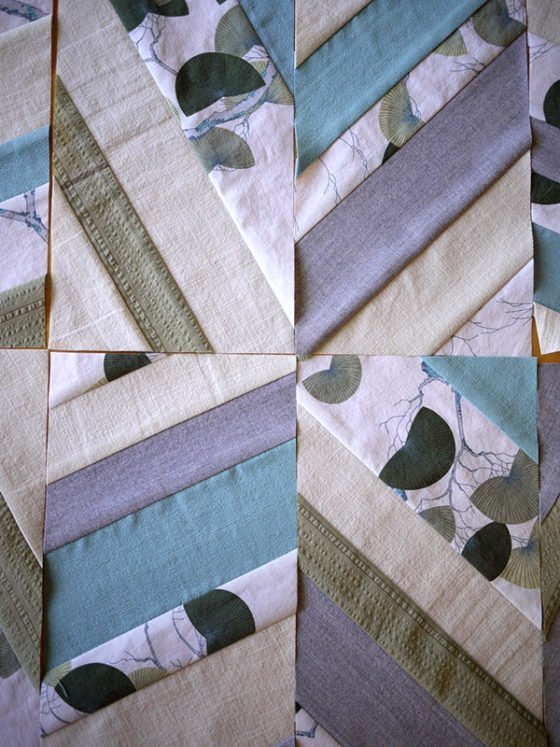 The center blocks were then surrounded by the darker blues to create a glowing core. 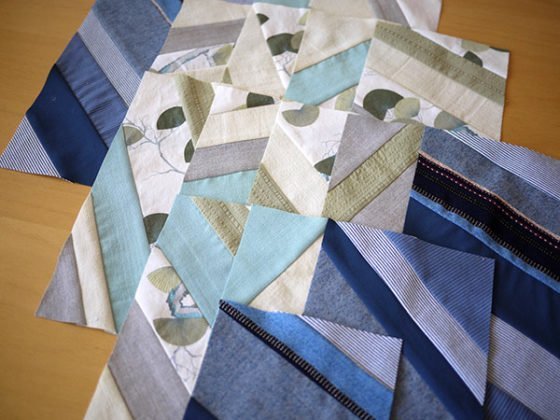 One can never use too many pins! 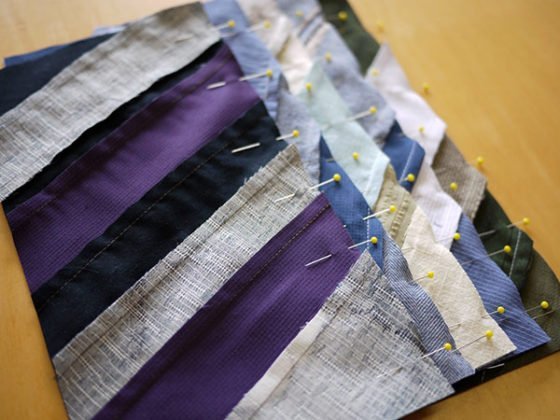 Tom had a blue, white, ochre striped shirt that I used as a fun accent in the darker blue blocks. 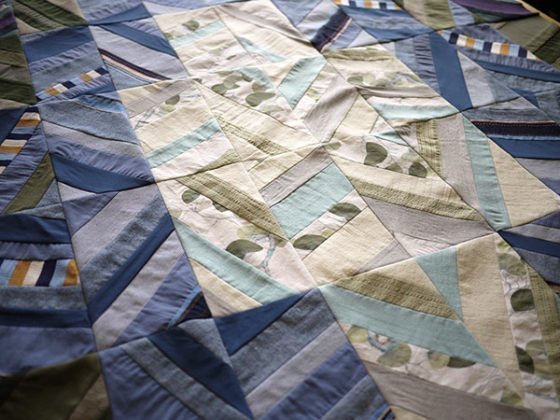 I saved the deep purple, black, and lily print for the corners as visual anchors. 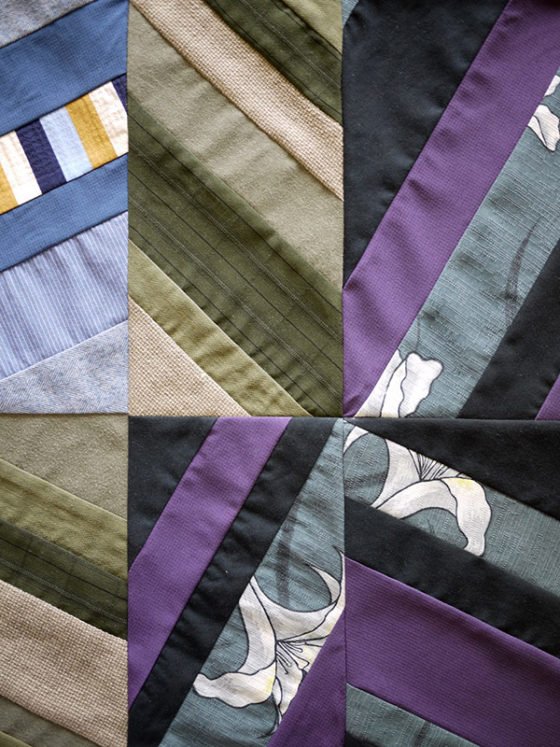 Here is the final quilt with energetic wind/wave quilting. 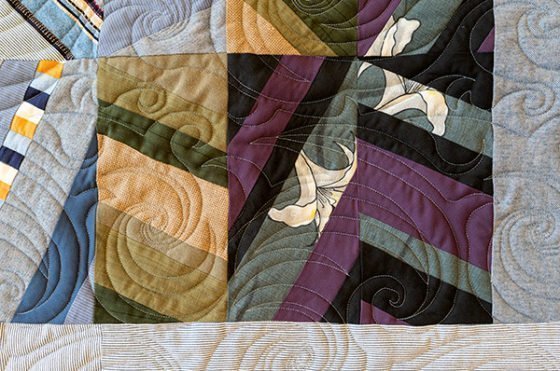 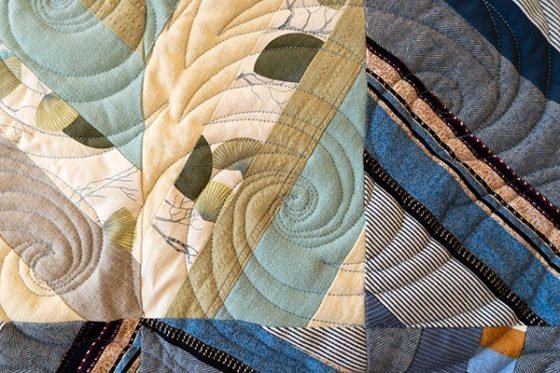 Next I turned my attention to Dylan’s quilt. He wanted a small wall-hanging made out of his dad’s colorful ties.

To make the Michael’s Tune quilt pattern work, the fabrics need to divided into clear, contrasting groups. For this collection of ties, it was the darker blues, browns, and greens… 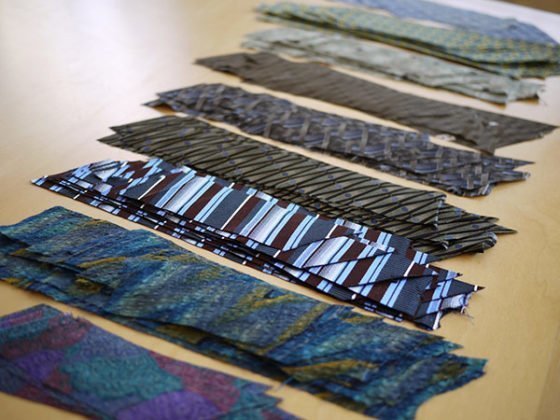 versus the warmer, lighter yellows and neutrals. 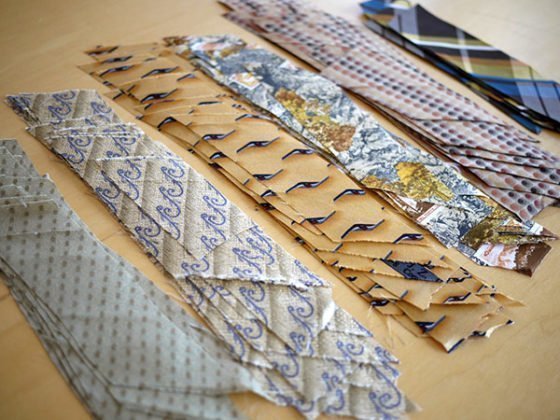 I have to be very economical in my fabric usage with ties since there isn’t always a lot to work with. Blue tape measured to the correct sectional distance definitely helps. 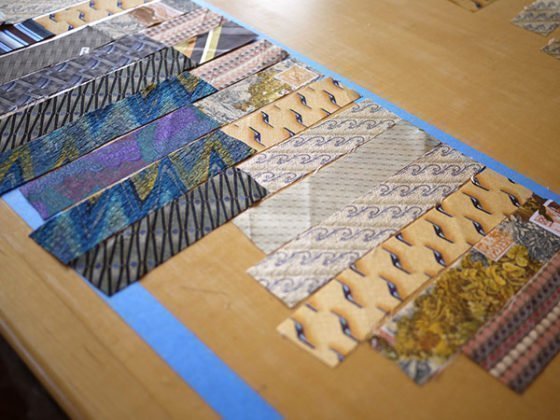 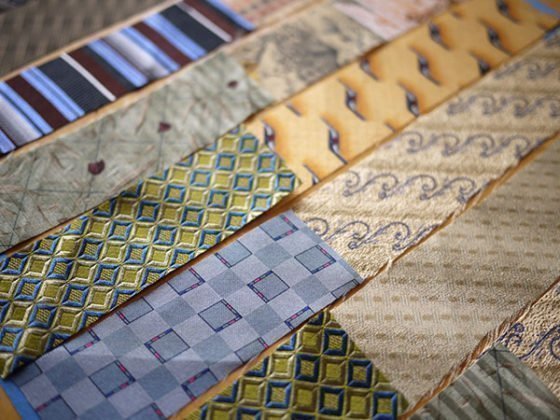 Here is the final quilt. 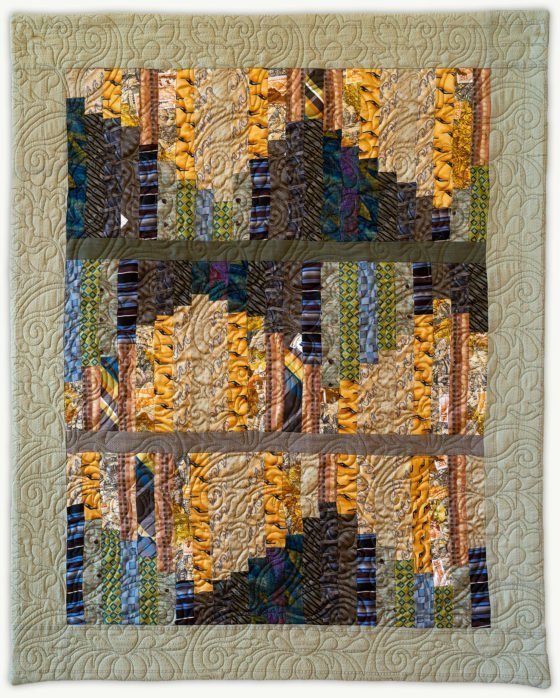 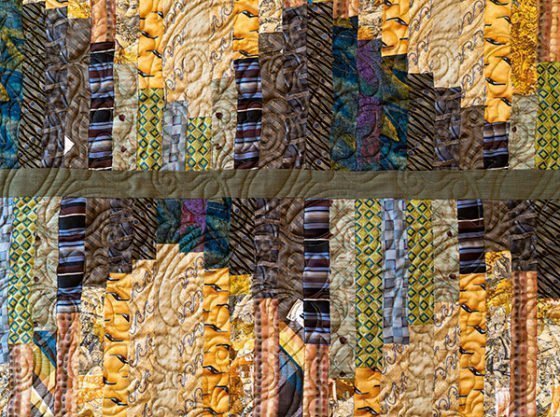 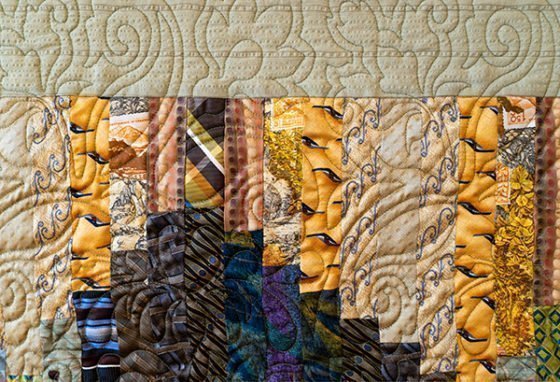 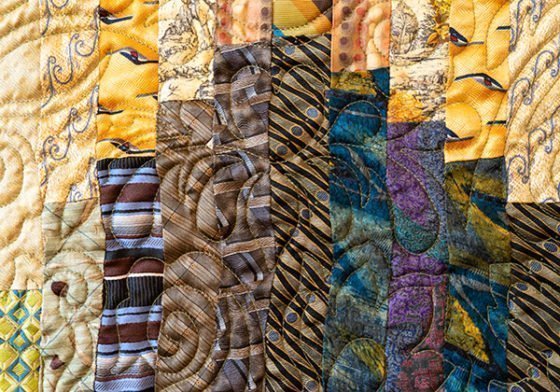 Many thanks to Catherine and Dylan for working with me on these quilts to honor Tom.