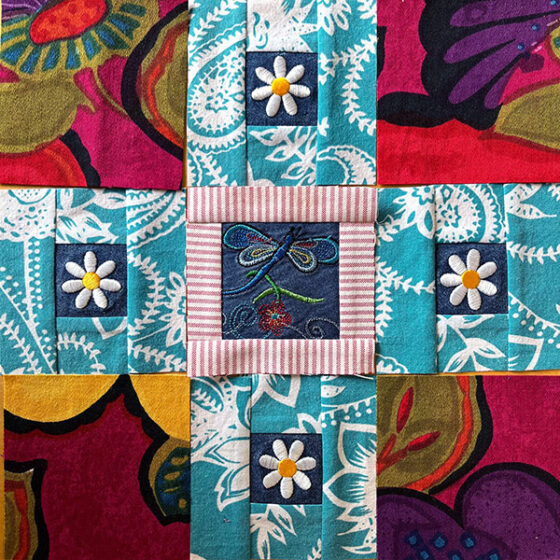 When Deanne’s daughter Barbara first called me to discuss her memorial quilt, it was clear she was still traumatized from the events surrounding her mother’s death. Having been the sole caregiver for her mother over the course of many years, she had recently made the heart wrenching decision to move her into assisted living. Then came Covid, with less frequent visits and less ability to oversee her mother’s care. In what Barbara believes was gross negligence, Deanne died from an overlooked and easily cured infection. These are the stories that are so difficult to hear and spur me on to make memorial quilts that can help comfort grieving hearts.

Even though the events of Deanne’s death were tragic, the burst of colorful clothing I took out of the box that Barbara sent was pure joy. 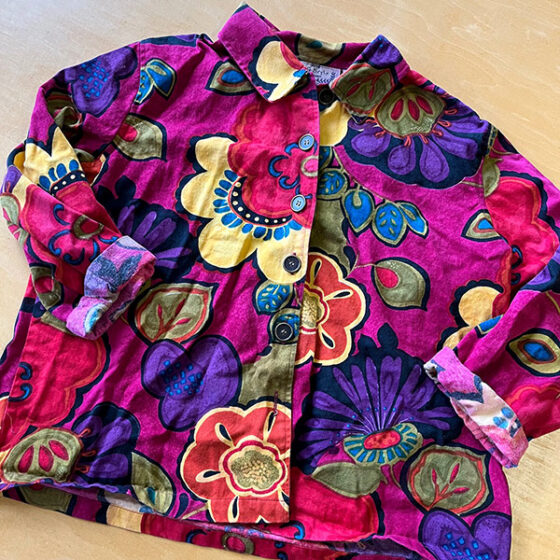 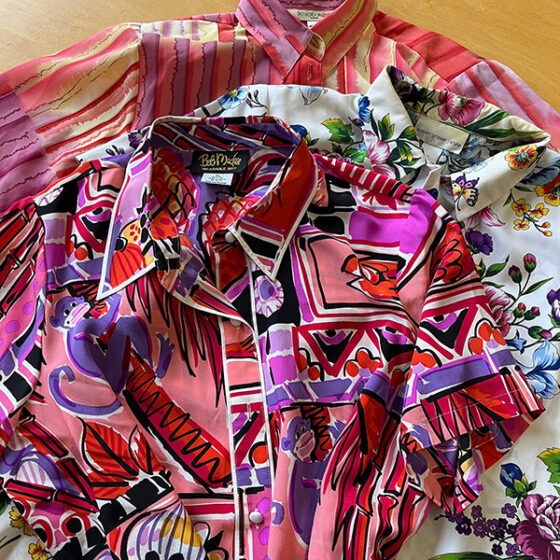 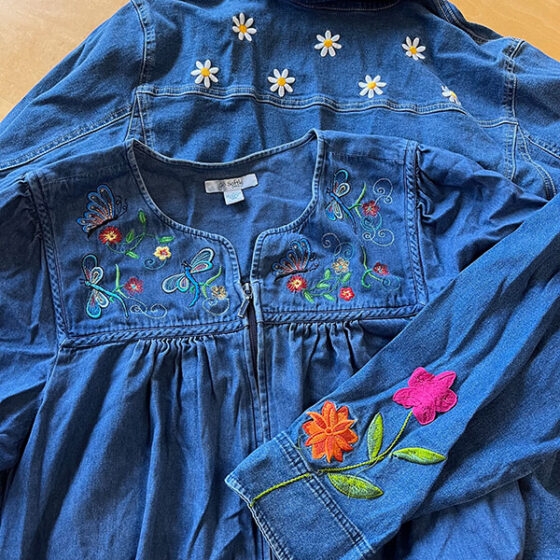 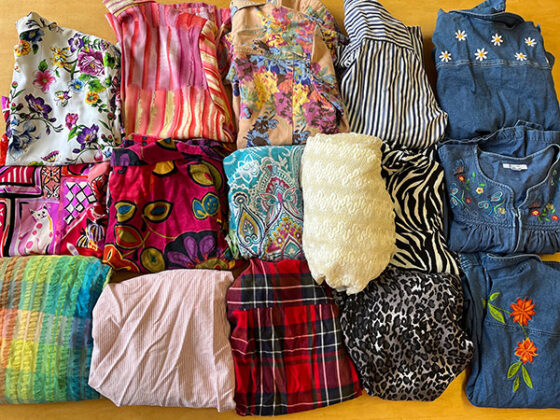 Barbara wanted me to make sure I included the fabric from Deanne’s lovely white dress. 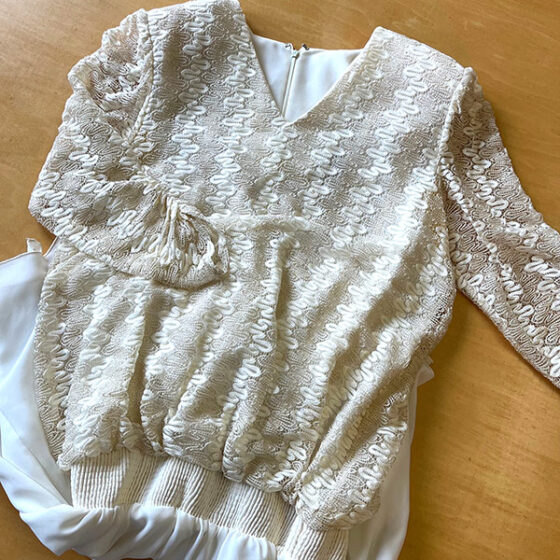 It took a little extra work to re-layer the lining with the lacy outer layer, but it actually worked quite nicely. 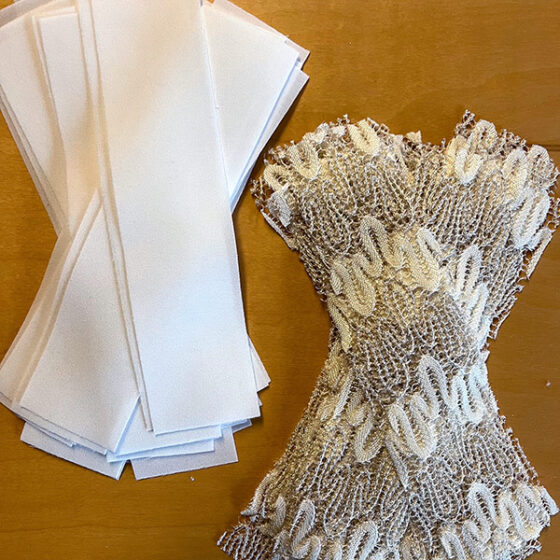 Once I had all of the fabrics cut, I began piecing everything together, and as is often the case, the little detail vignettes were great fun to capture separately. 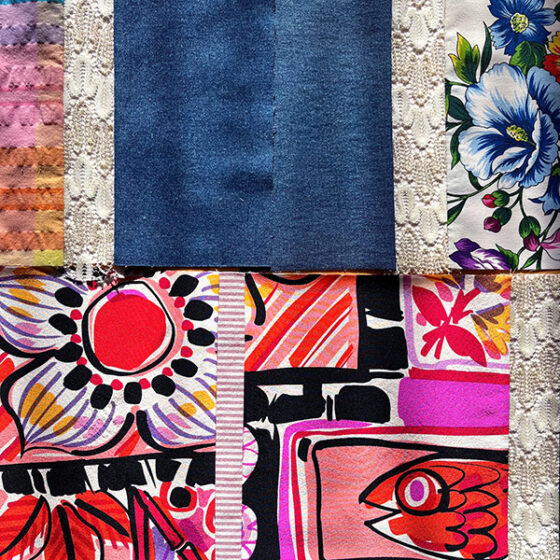 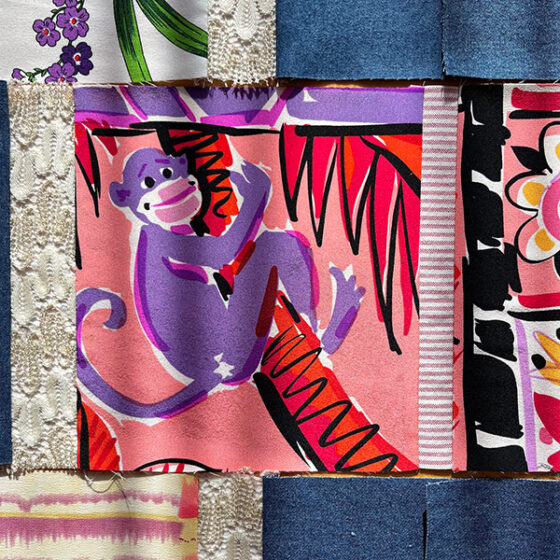 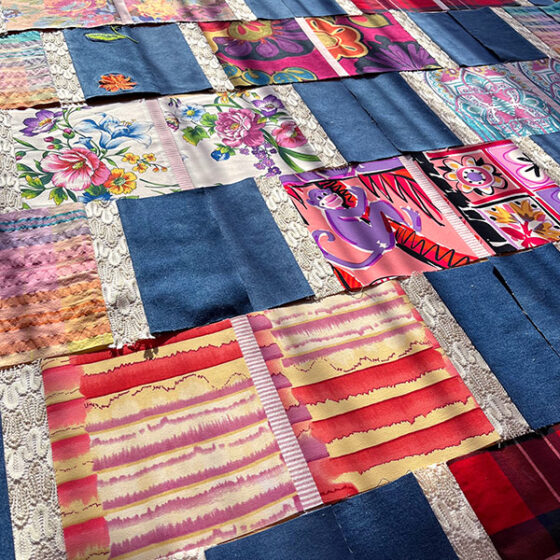 Last to be pieced in were the black and white jungle prints which made the whole quilt really come together. Barbara had told me that her mother loved to sing, so I designed this quilt to feel a bit like the sheet music to many songs. 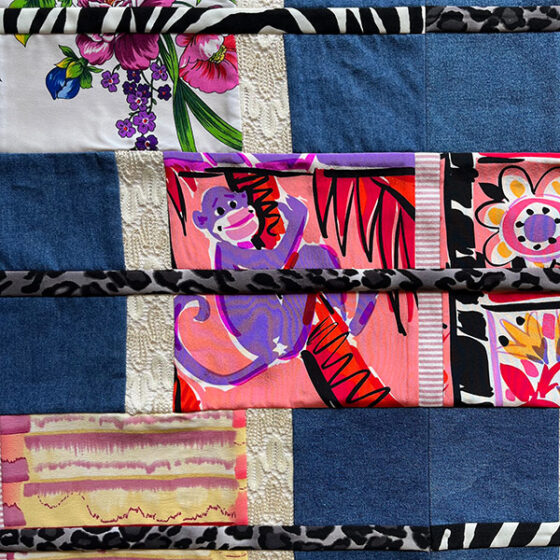 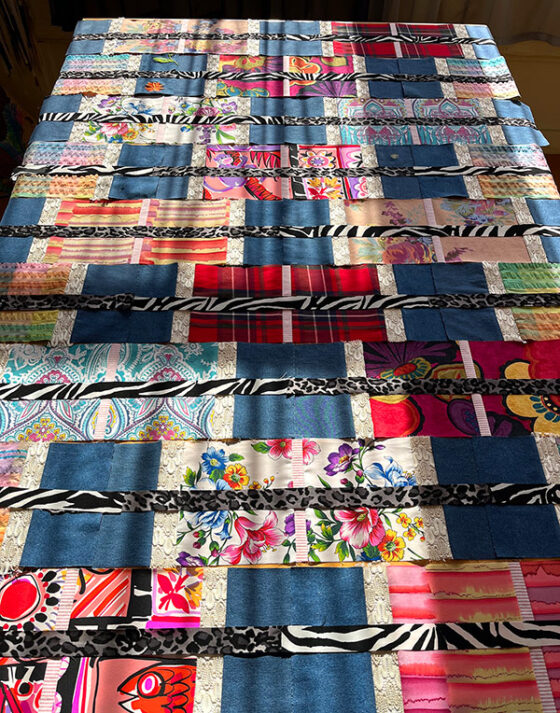 Here is the final quilt, followed by some details. 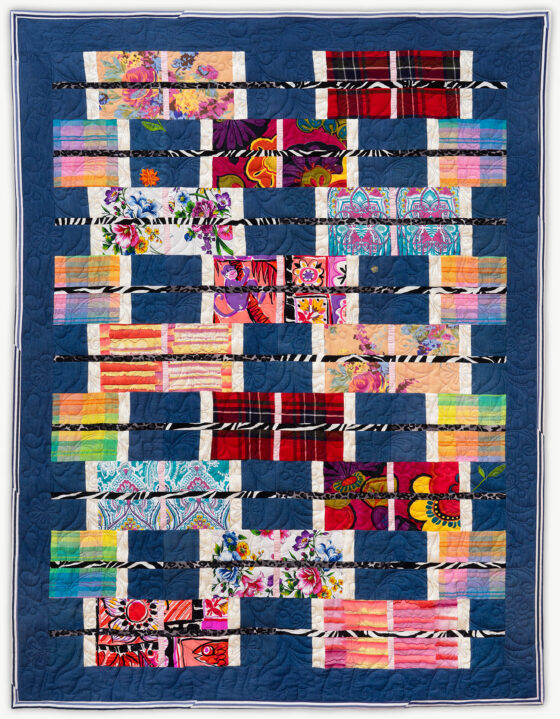 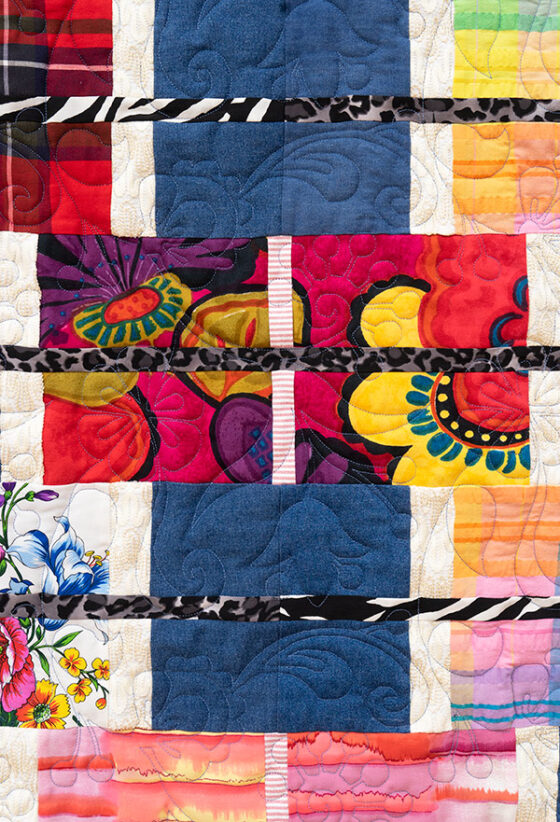 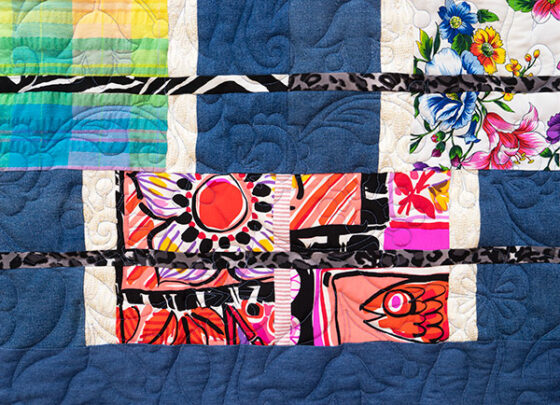 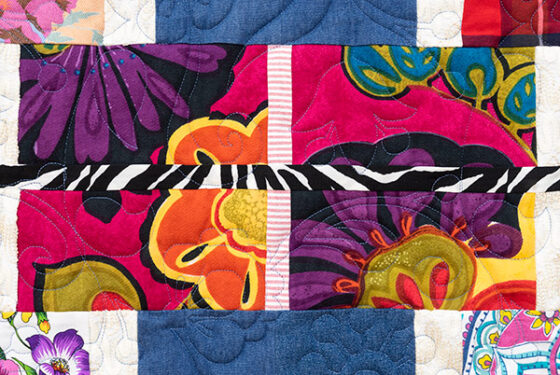 There were a few places I was able to use pieces of the embroideries from Deanne’s denim jackets. 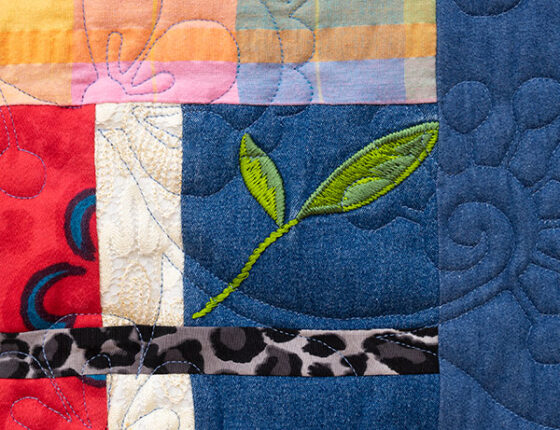 Barbara had also wanted a few pillows made, and I was so pleased to be able to incorporate more of the daisy and dragonfly embroideries.

Here are the finished pillows. 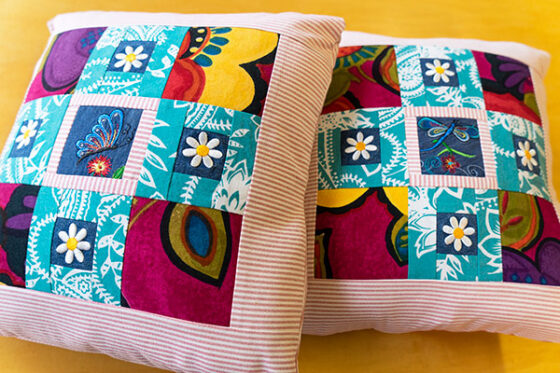 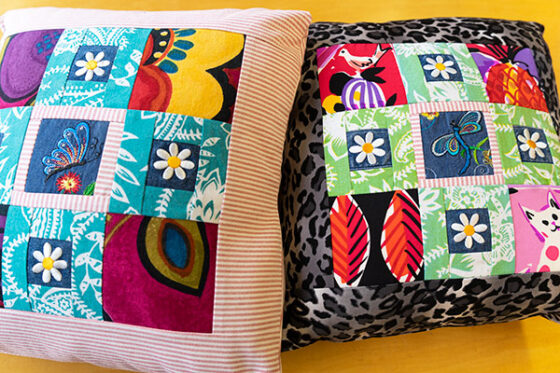 I am so thankful for Barbara’s courage and trust throughout this entire process. I hope these commemorative pieces can act as bright spots in her grief journey.