When Lyn first came to my studio to deliver her husband Charlie’s clothing, it had only been two months since his death. Lyn brought over a beautiful basket full of his dress shirts and trousers, in addition to a colorful collection of his boxer shorts. 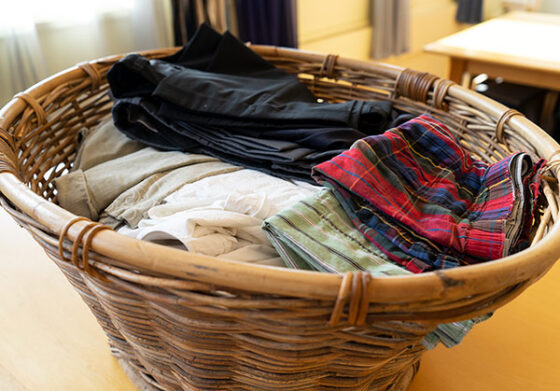 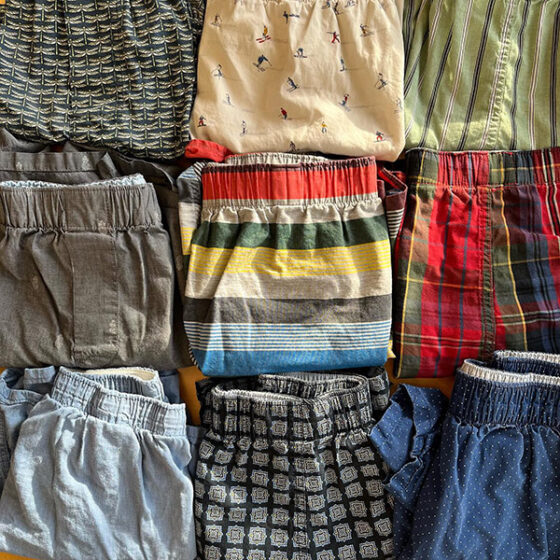 We both laughed when she pulled a few more boxers out of her purse, as they were last minute inclusions. We began laying out the collection of garments on my tables and started to discuss design ideas. 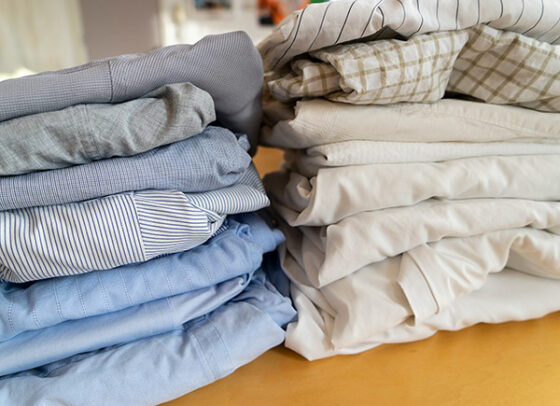 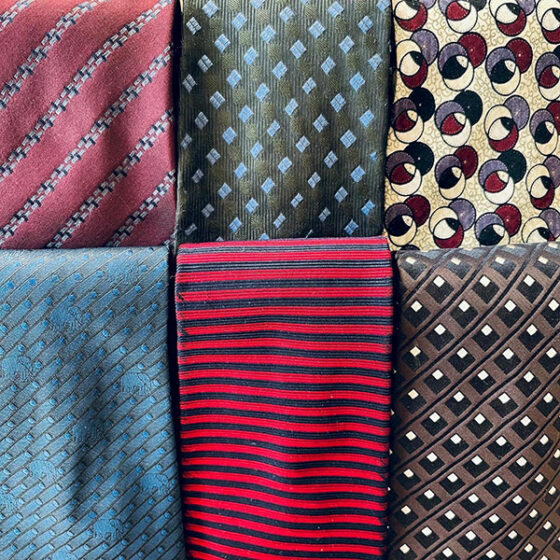 Lyn said she thought something with a more modern feel would appeal to Charlie’s daughters – I was to be making a total of five quilts, one for Lyn and one for each of his four daughters. She looked up at the tartan-inspired quilt that hangs on the wall in my studio, and said, “I think I’d like something like that“. The lead-in to this post would naturally stop here except for the fact that, having forgotten the tartan name for which that quilt was inspired, I uploaded it on my computer to show Lyn. Lo and behold it was from the Cameron clan, which happens to be Charlie’s last name, too! We both got goosebumps, gave a whoop, and Lyn shouted out a big thank you to Charlie.

And that was it. In less than five minutes, it was decided that all five quilts would be made from my Cameron tartan-inspired design.

As I began grouping together sub sets of garments for the five quilts, the one shirt that stood out against all the rest was a bright yellow linen shirt. As is often the case when I create a family of quilts, I look for a “thread” that can connect them all together. The yellow shirt became that thread. 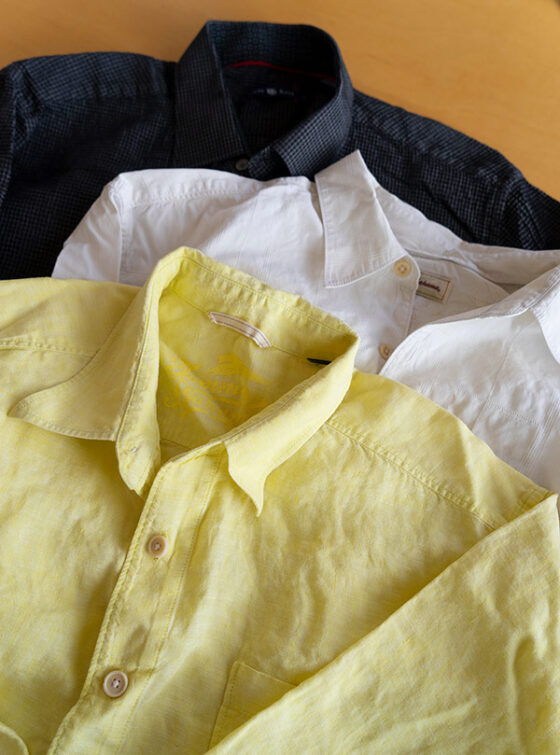 I started on the first quilt and had so much fun including Charlie’s boxers – their patterns were just the thing to add visual interest to the areas of smaller piecing. 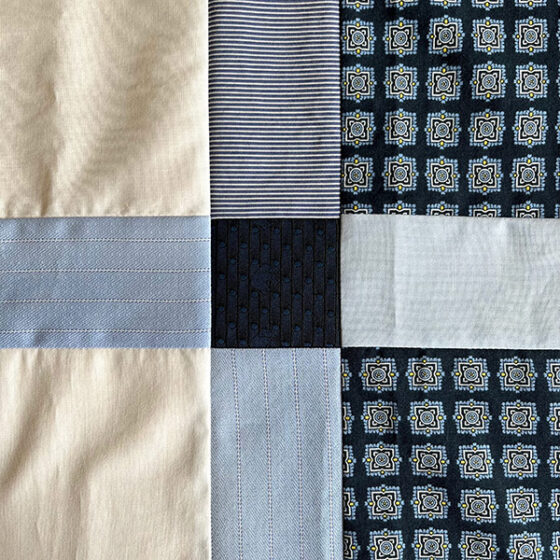 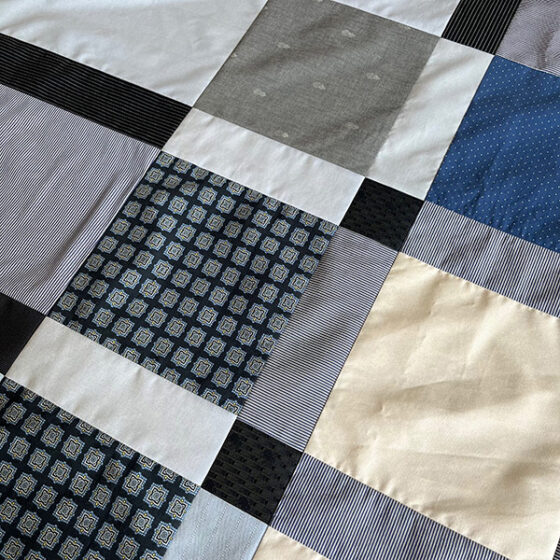 I decided the yellow linen shirt would be located in the same part of the design for all five quilts. 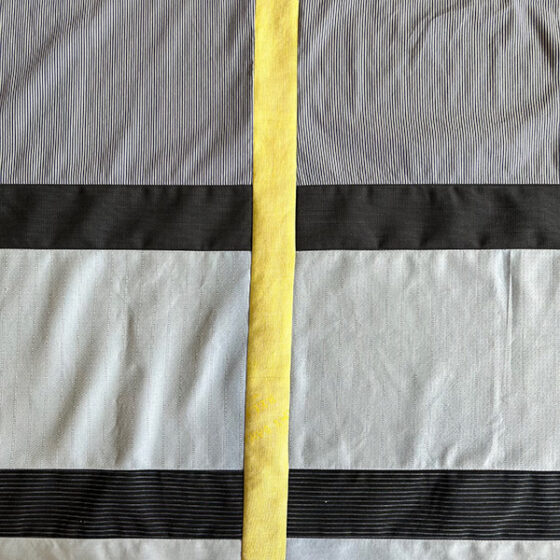 Here is the finished quilt, Charlie’s Tartan 1. The grid-like quilting set on the diagonal functions as the perfect sub-text to the strong vertical and horizontal piecing of the quilt structure. 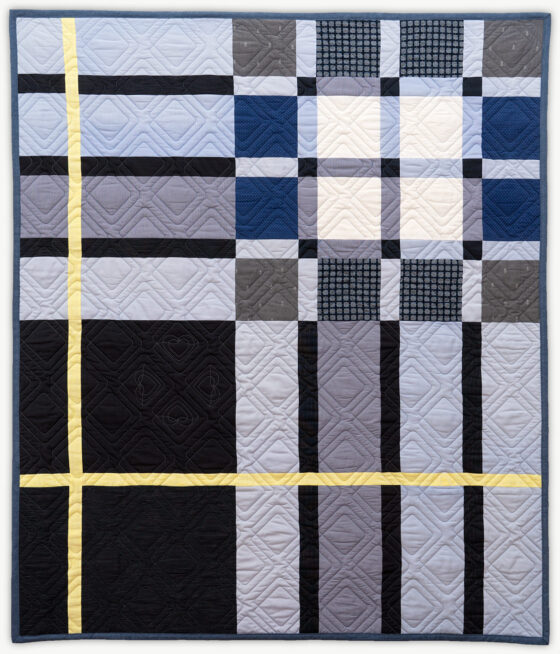 One other lovely story behind these quilts is the inclusion of a set of four quilted hearts that shows up in each quilt. Charlie had designed and produced a line of greeting cards based on drawings he did of “heart people”. The cards included brief messages of encouragement and love that were initially meant for his children but were also applicable to a much wider audience. Lyn was clear that rather than going for pieced or appliquéd hearts, the subtle inclusion of a quilted set of hearts was just the thing. 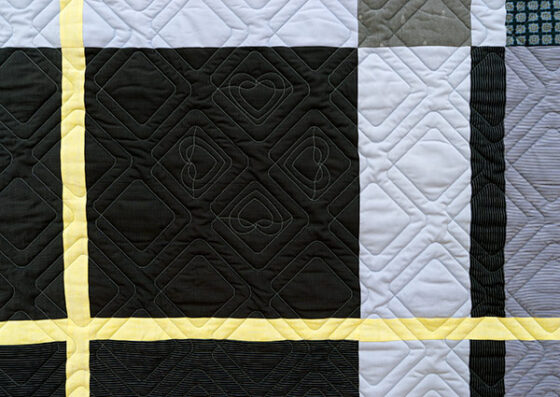 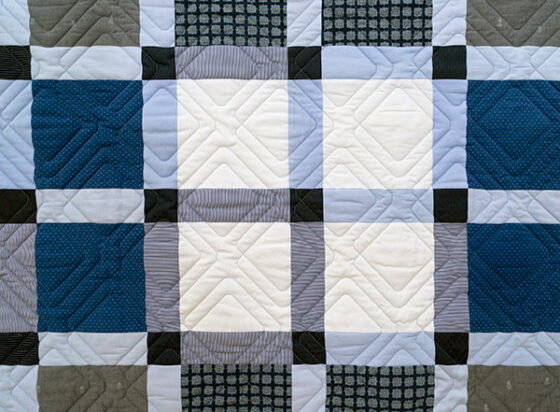 The second quilt included the dragonfly and green-striped boxers. I placed small squares of a single necktie at the intersections of the lattice section of each quilt. 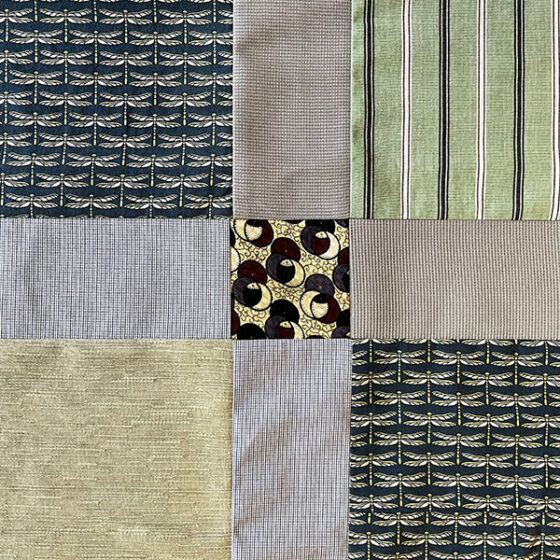 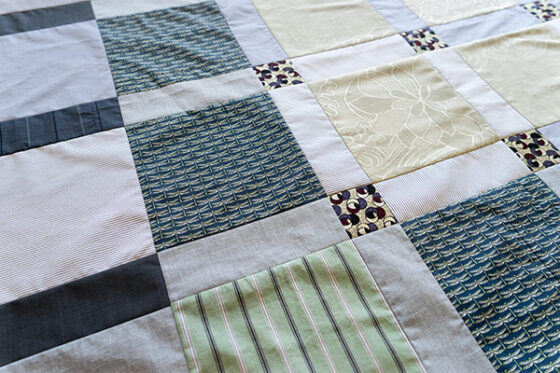 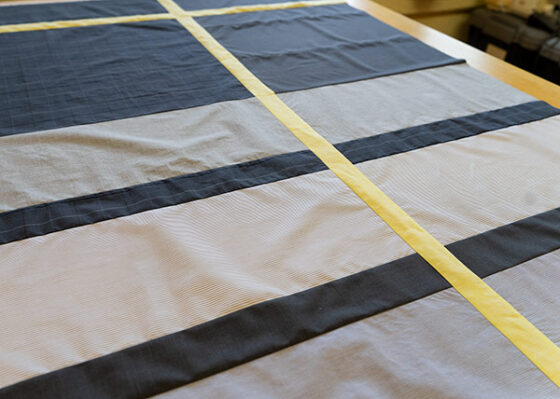 Here is Charlie’s Tartan 2, followed by a detail. 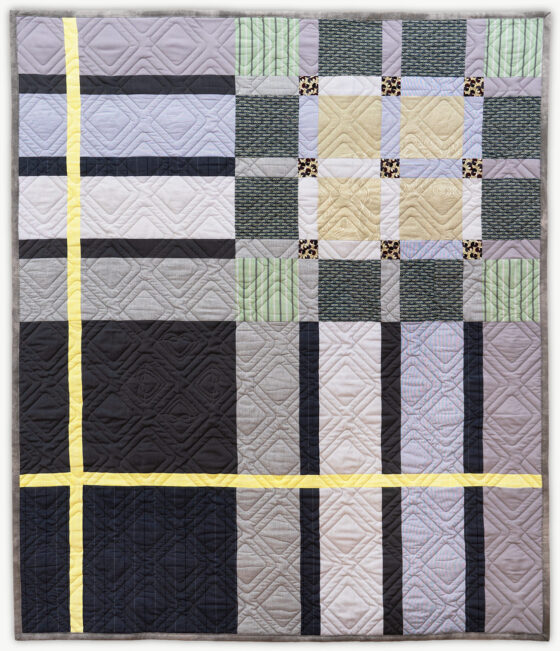 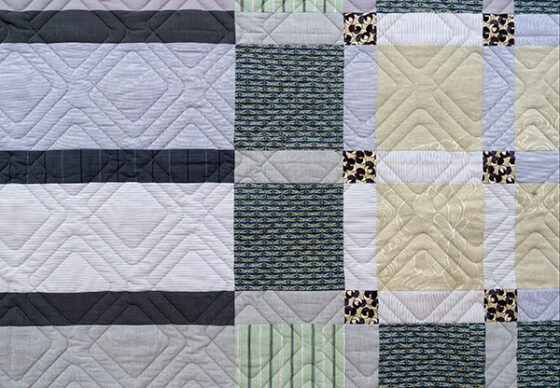 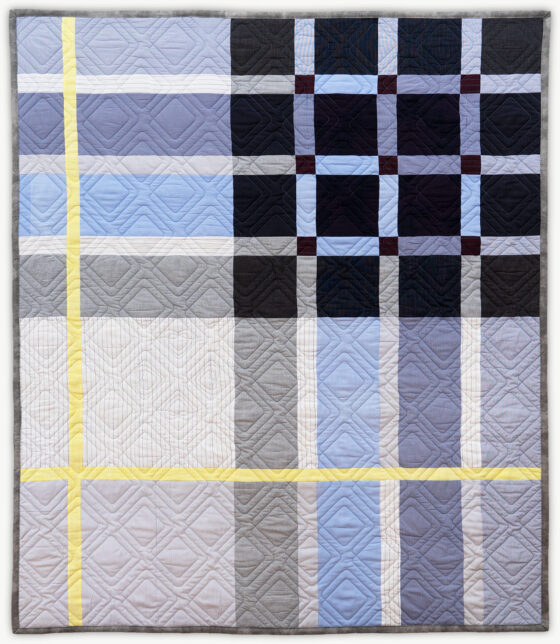 I had been waiting to get to one of the final quilts in order to include a beautiful jacquard woven shirt. Here you can see the back of the fabric, which was as lovely as the front. 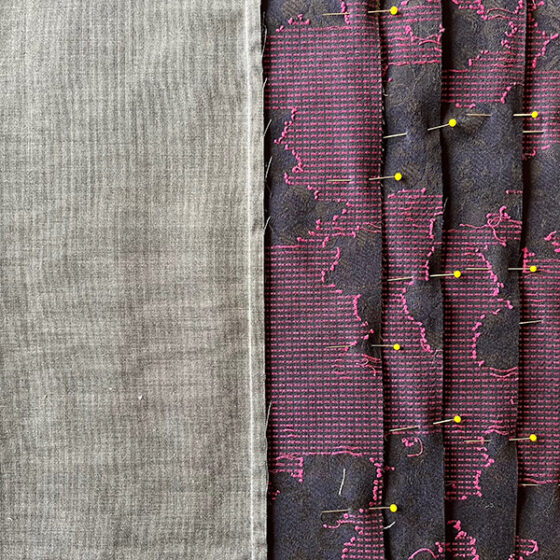 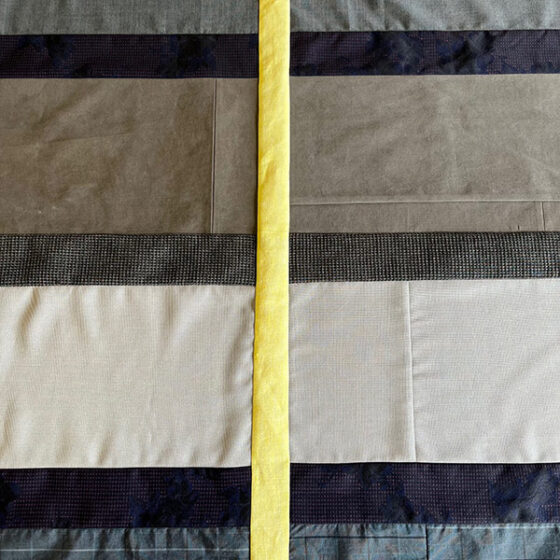 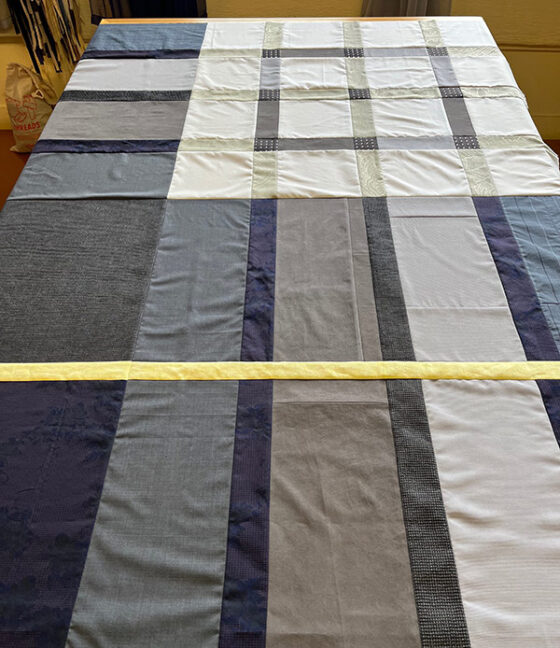 Here is Charlie’s Tartan 4, plus details. 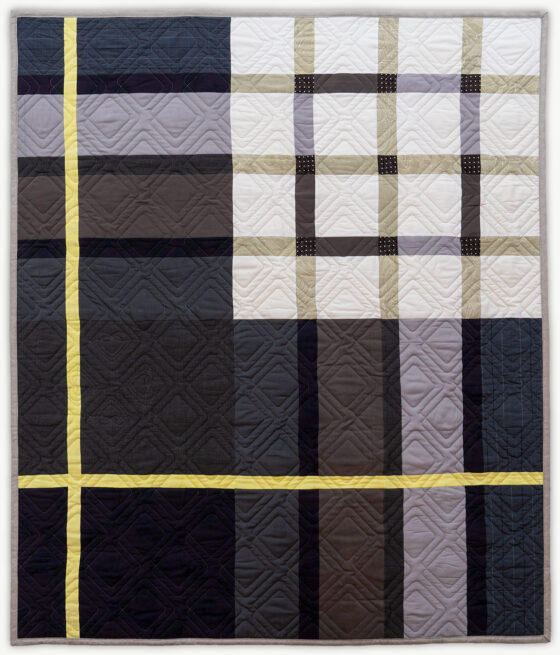 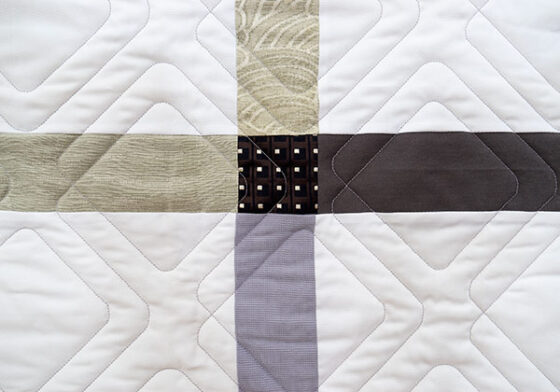 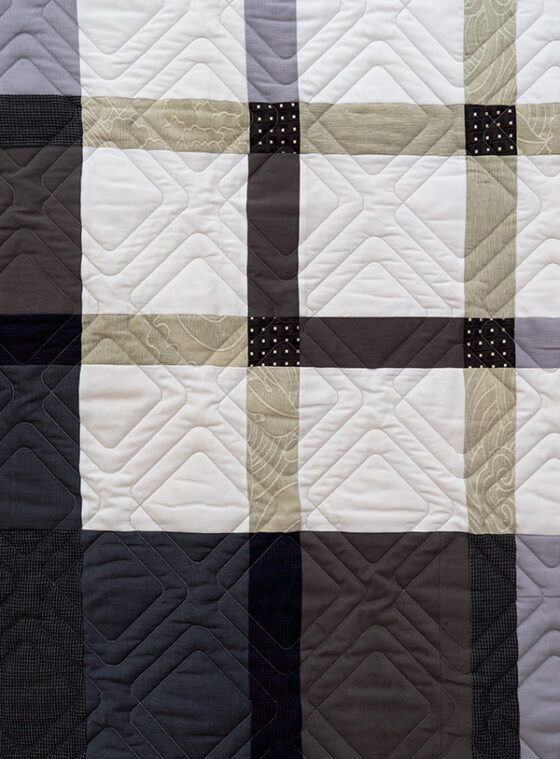 The final quilt was such fun – I got to use the boxers with the little skiers on them! 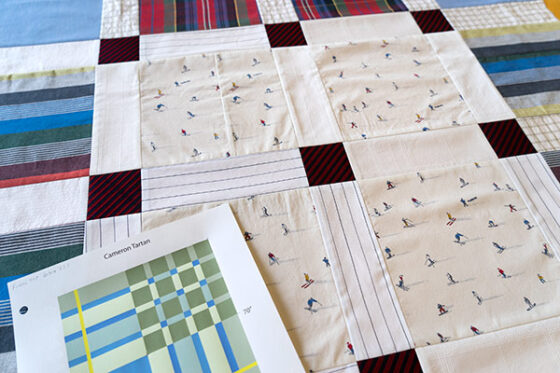 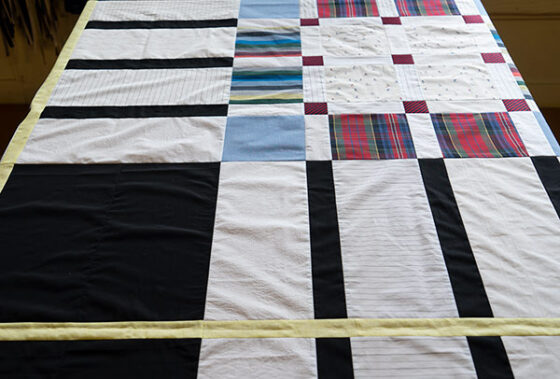 Here is Charlie’s Tartan 5, plus a detail. 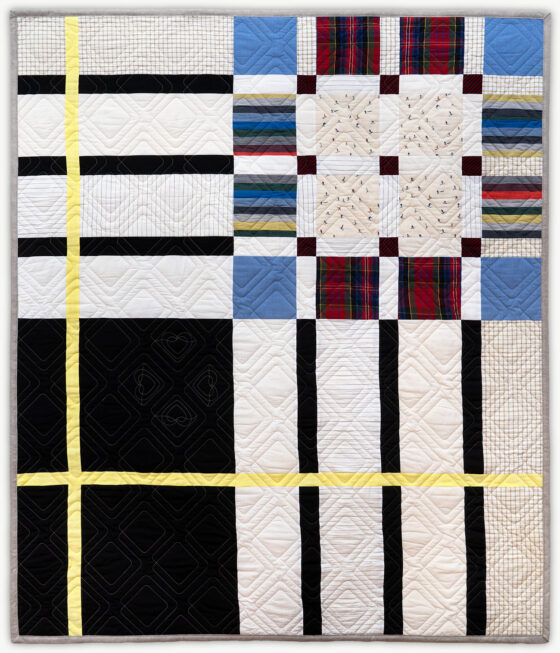 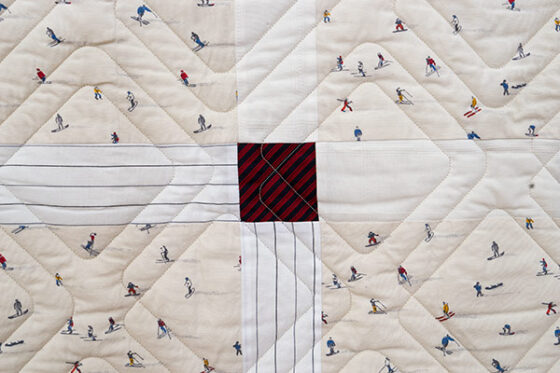 I would like to thank Lyn for working with me on these quilts that honored a very special man indeed.