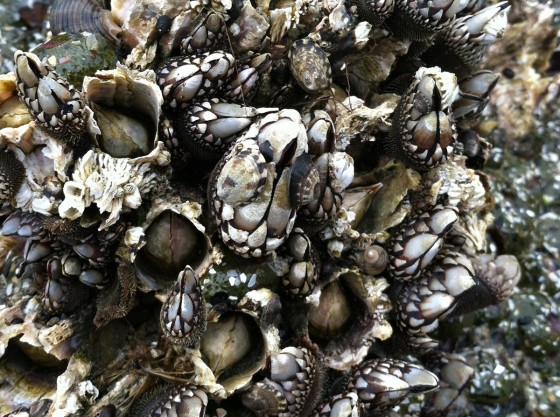 Somewhere along the way, barnacles have gotten a bad rap. Maybe from that time you were hopping across the rocks in your bare feet and landed on a particularly sharp bunch of them. Maybe because in its slang form, it refers to an unwanted person who follows you around and is a tenacious clinger-on, much like a barnacle is to a rock. Or perhaps you have internalized Captain Haddock’s ever-famous curse, “Billions of Blue Blistering Barnacles!” from the Tintin comic series.

On my last trip to the Oregon coast, I left all that barnacle negativity behind and discovered how beautiful and inspiring these little crustaceans could be. They are fierce survivors and opportunists, attaching themselves to whatever seems to be lying around near the water’s edge.

These guys snuggled up to a colony of mussels covering a huge rock. The mussels later became our dinner. 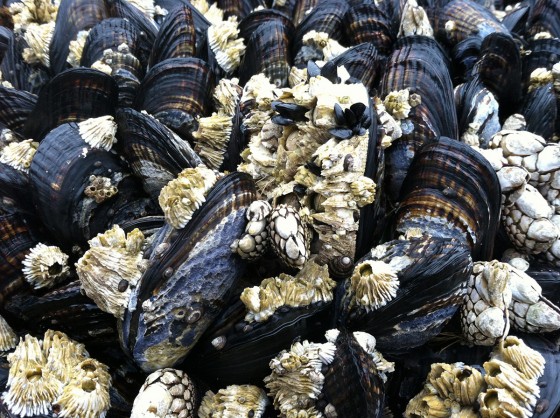 The barnacles we left, became this sea star’s dinner. 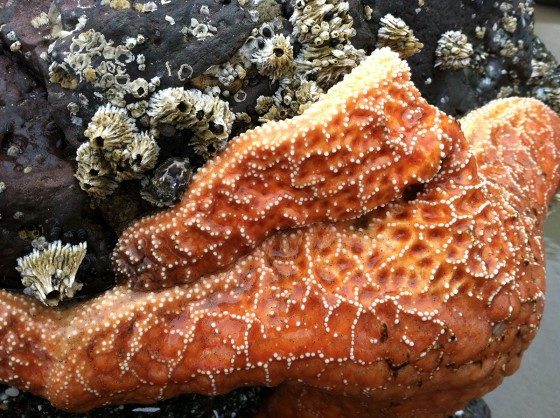 Sea stars are able to eat these mini fortresses with a little patience and the right anatomy, they invert part of their stomach on top of their prey, partially digest it with their stomach enzymes, then ingest their liquified meal. 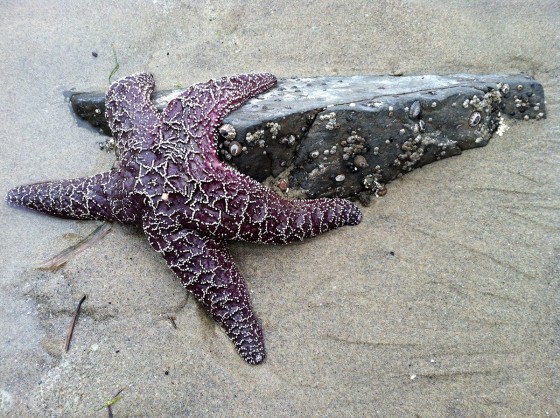 But I digress. Barnacles also form themselves into clusters that from afar, create secondary patterns that look deceptively like soft mounds. 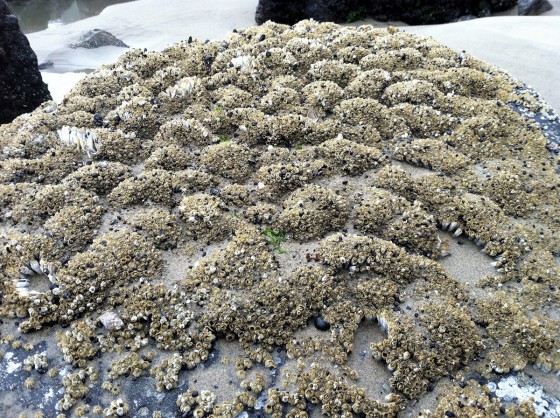 Not a surprise that there are many different types of barnacles. I found these Gooseneck barnacles to be particularly lovely. 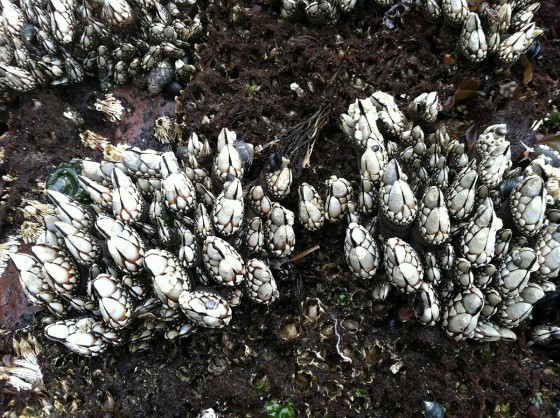 Here are some baby Goosenecks where their “necks” are exposed. 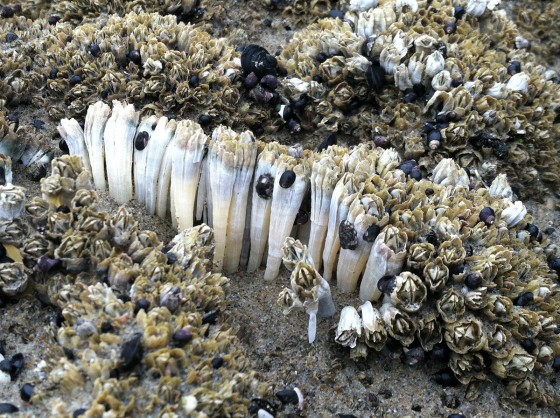 When I’m studying shape, form, and patterns, I like to zoom in close as well as step back to see larger patterns. I liked how much of the pattern on this exposed rock was made up of the white ghost color of barnacles that had once been attached. 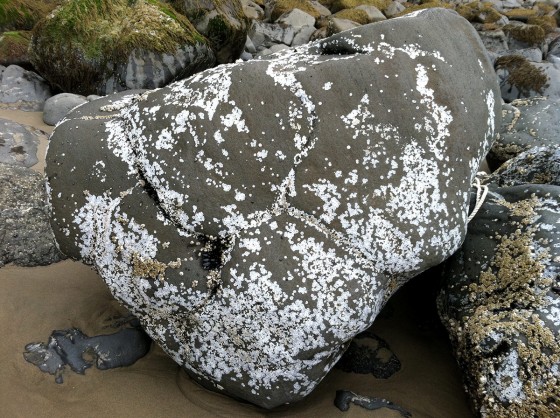 This tide pool rock is so covered, there’s hardly any rock surface exposed. This vignette would fit in nicely to a Zen sand garden. 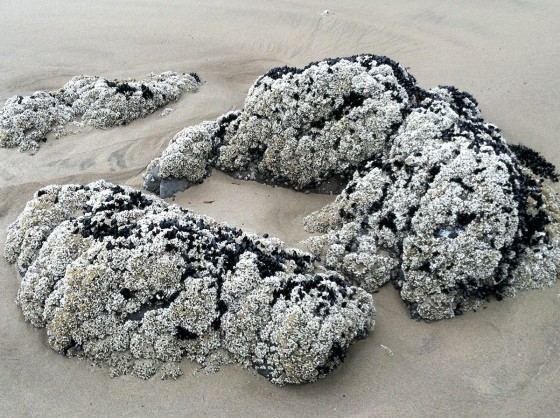 I also love how the barnacles are camouflaged when interspersed with sand and seaweed. 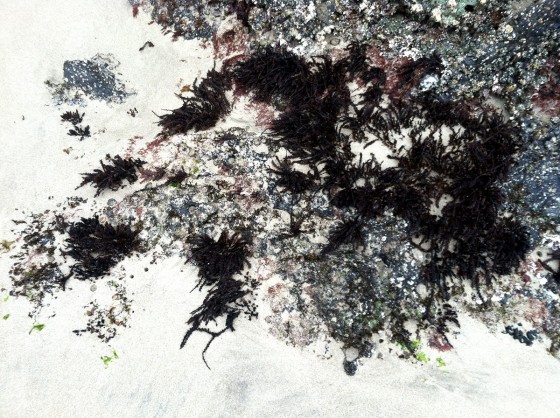 It’s also really cool how they follow the cracks and crevices of a rock, highlighting its subtle geography. 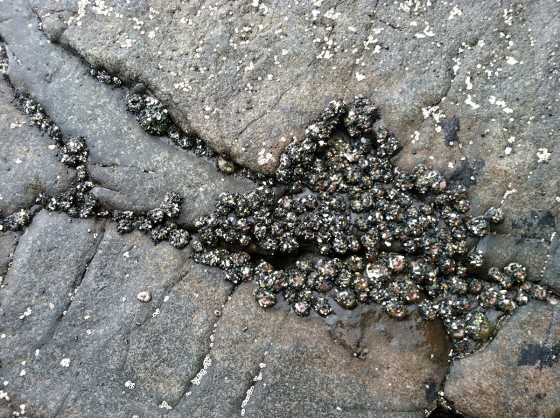 Thusly, I have stated my case to elevate the stature of the oft maligned sea crustacean, the Barnacle. Next time you go to the beach, show them some love.