For all of the memorial quilts I have made so far, I always feel a sweet sort of sadness that I will never get the chance to meet the people who are being honored through my work. I say “sweet” because I feel lucky to get to know them, even a little, through what their loved ones share with me. Aurelio was no exception, and it was lovely hearing his daughter, Emy, talk about her father.

Aurelio felt a deep connection with the ocean, having spent much of his life living in both the Yucatán and California. He communicated easily with animals and, according to Emy, had a reputation for being an “animal whisperer”. He strongly believed in practicing forgiveness and worked as a volunteer in the Orange County Jails. He always had a project going, whether it was working on his car, his house, or his beautiful wind chimes.

Over the years, Aurelio had amassed an amazing collection of surf shirts, thanks to many gifts from Emy. The print designer in me did a little dance when I opened up the box she sent. It was better then getting a new box of paints! 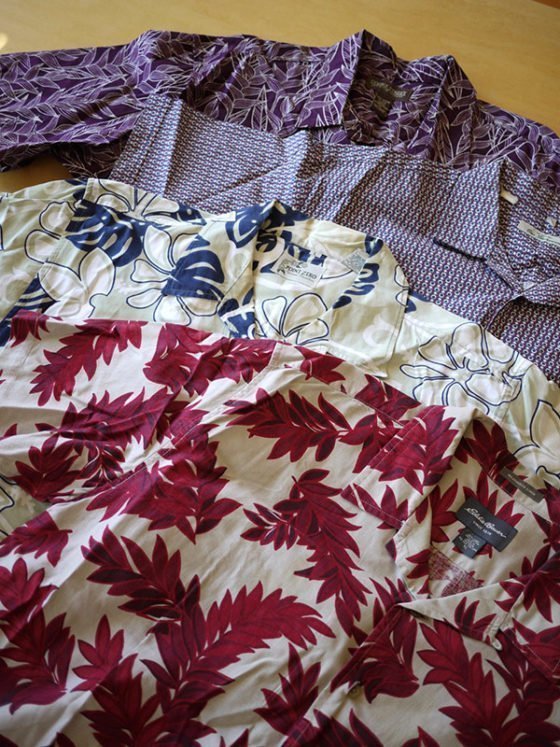 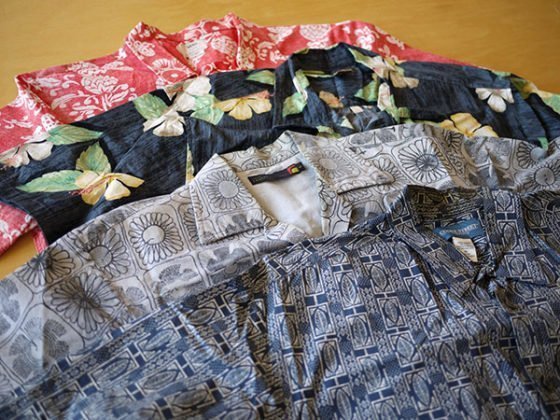 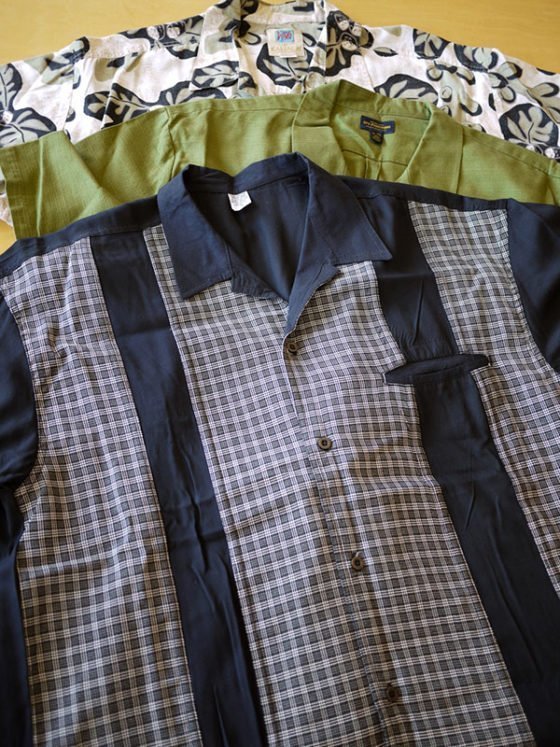 There were just a couple of solids thrown in with all of the prints, so I had to be thoughtful how I paired each pattern so they didn’t get lost amongst one another. 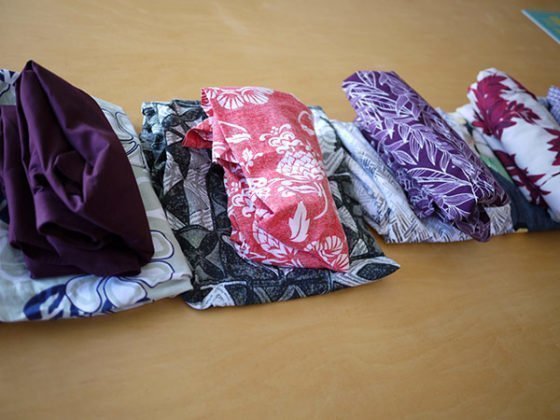 Emy chose my Blocks quilt pattern which generally requires the pairing of fabrics. 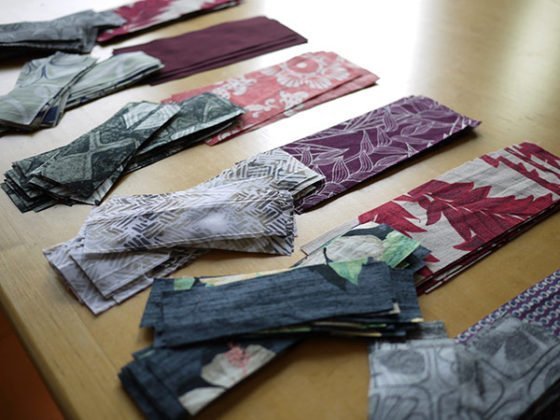 To maintain some control over the visual intensity of the prints, I decided to simplify the number of different combinations that made up each block. Or, in other words, making numerous blocks with the same combination of fabrics. 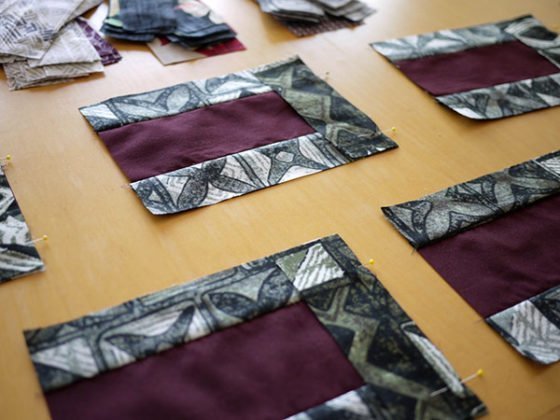 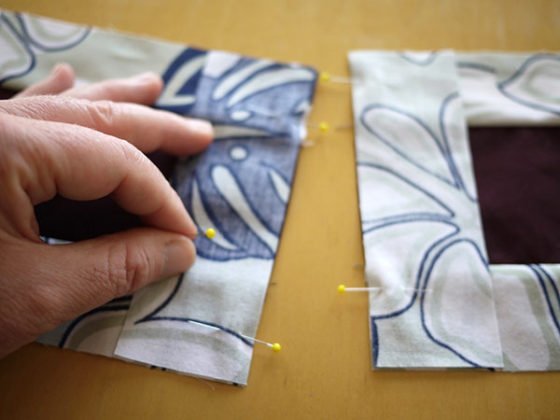 When Emy told me about Aurelio’s wind chimes, I knew I wanted to incorporate that idea into the design of the quilt. My thought was to “string” together the sets of alike blocks in vertical rows to convey a sense of ordered rhythm and gentle swaying. 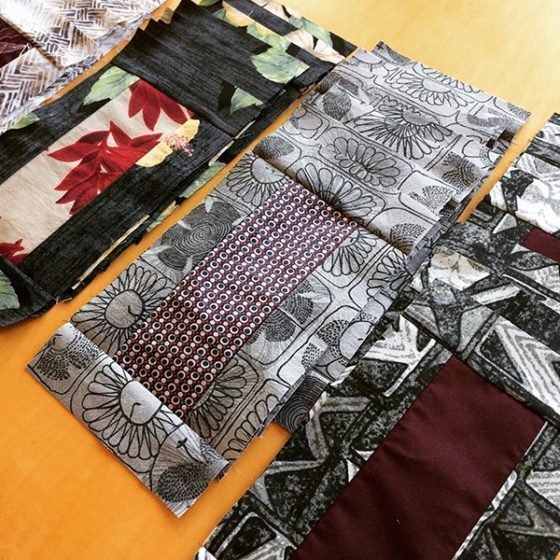 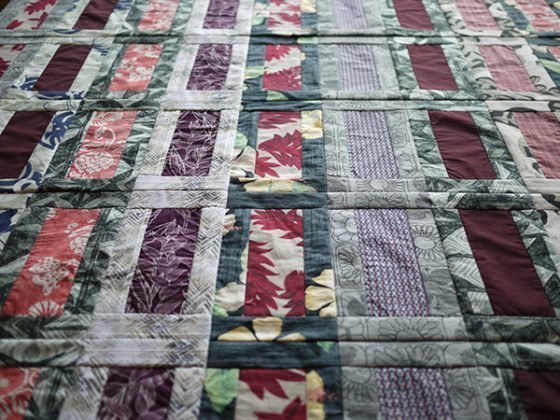 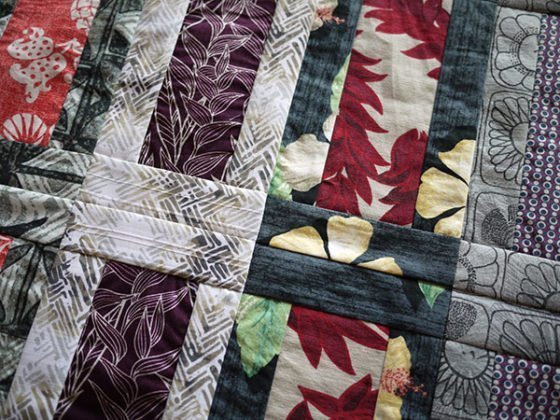 Once all the rows of “chimes” were assembled, I made a graduated border, alternating solids and patterns. 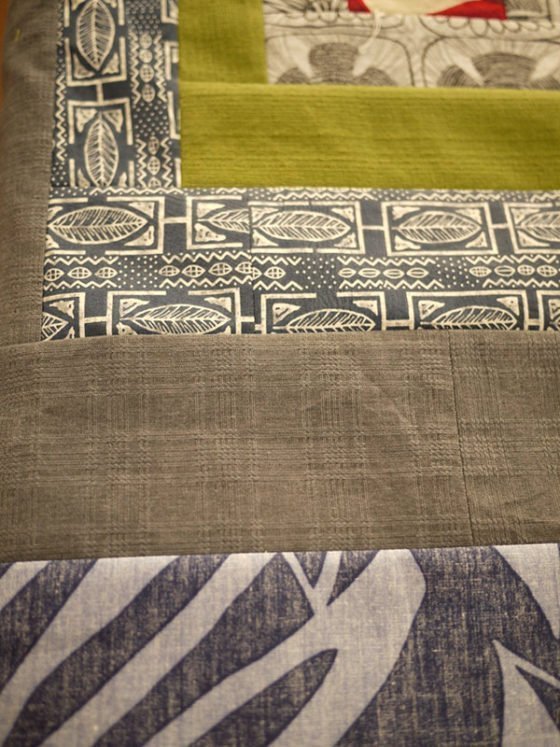 It seemed fitting that the remaining large sections of the shirts remain with their brethren from the front, so I pieced together the backing in large blocks. 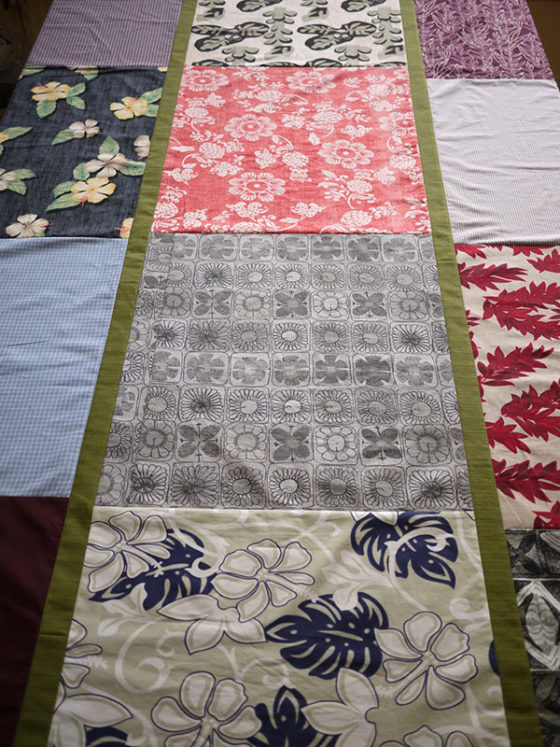 Here is the final quilt with wind/wave quilt stitching. 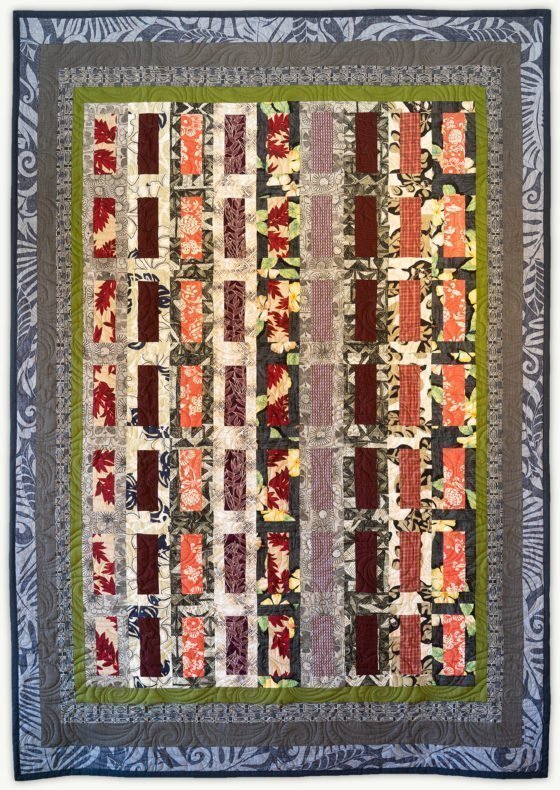 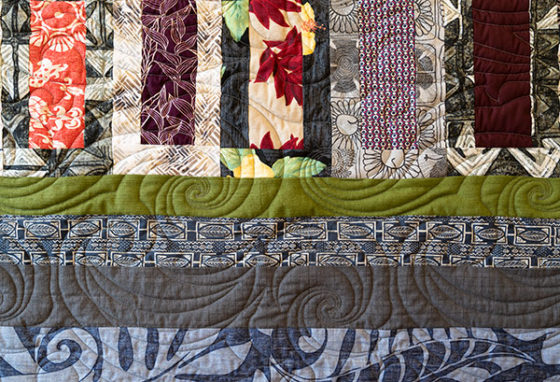 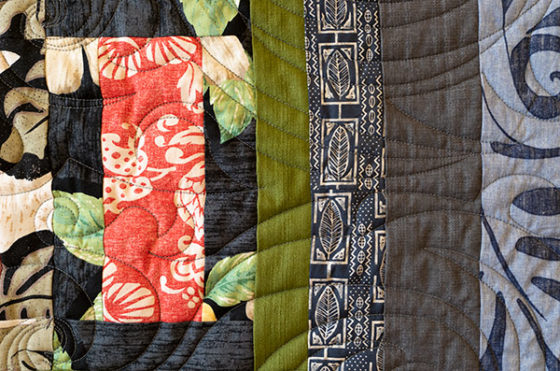 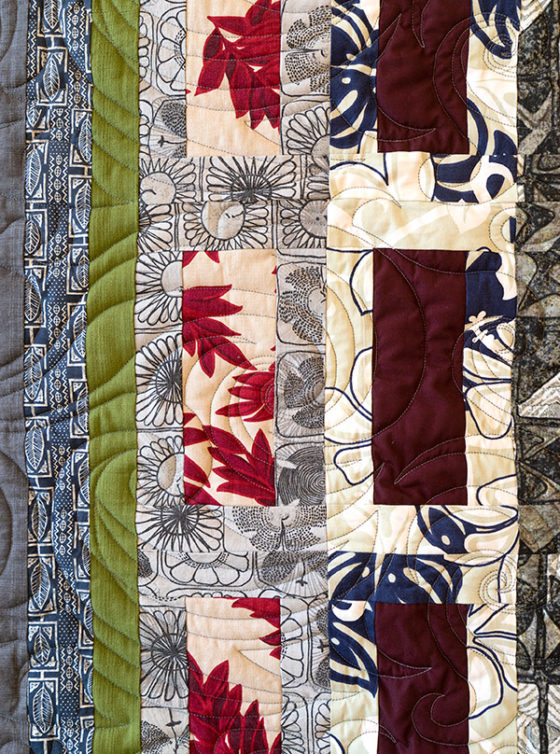