Ann’s daughter Lindsay approached me some months ago to inquire about having three memorial quilts made in remembrance of her mother – one each for her father Stephen, her sister Kim, and herself. To say that Ann had devoted her life to the spirit of giving is an understatement. She dedicated her life to the service of others, many of whom were people in underserved communities, in education, and the arts. She believed deeply that making art is an act of faith and encouraged her children to develop their own artistic expression. She also loved quilting – like me – and so it was an extra special honor for Lindsay to ask me to make these quilts from her mother’s clothing.

I began with Lindsay’s quilt, using more of the tans, blacks, and subtler colors. The design for all three quilts was inspired by a simple triangle-patterned quilt that Lindsay had found. Each quilt was made unique and more visually complex in the way I combined colors and chose the fabric placements. 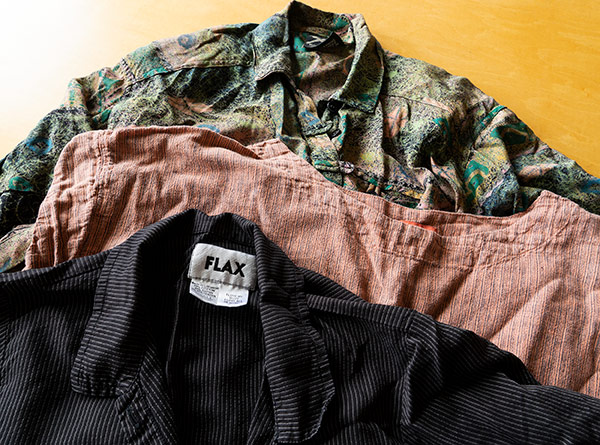 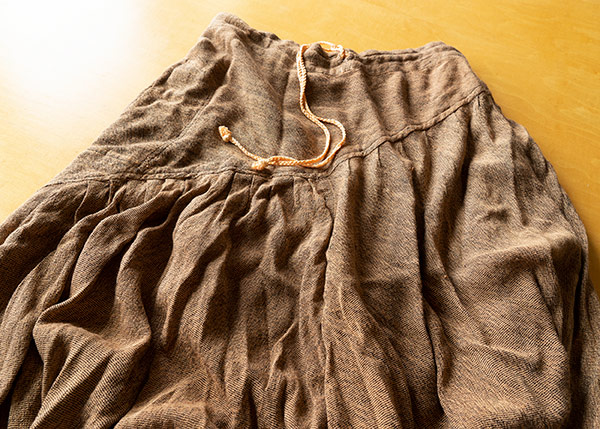 I loved Ann’s black and white striped linen jacket and decided to pair it with a solid neutral linen. 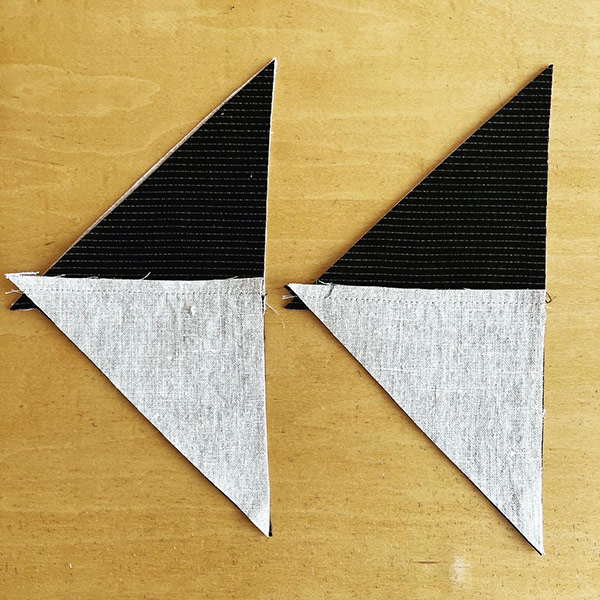 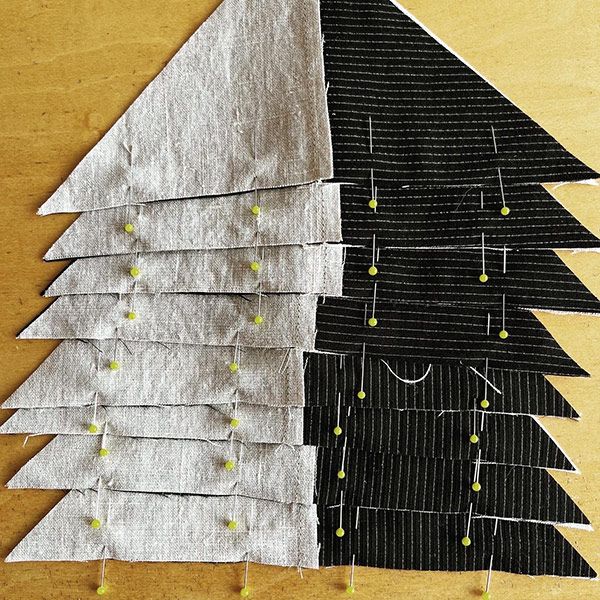 As is often the case in my work, the garments that yield the most yardage often get more play. Ann’s brown skirt was no exception and paired nicely with the black and neutral triangle blocks. 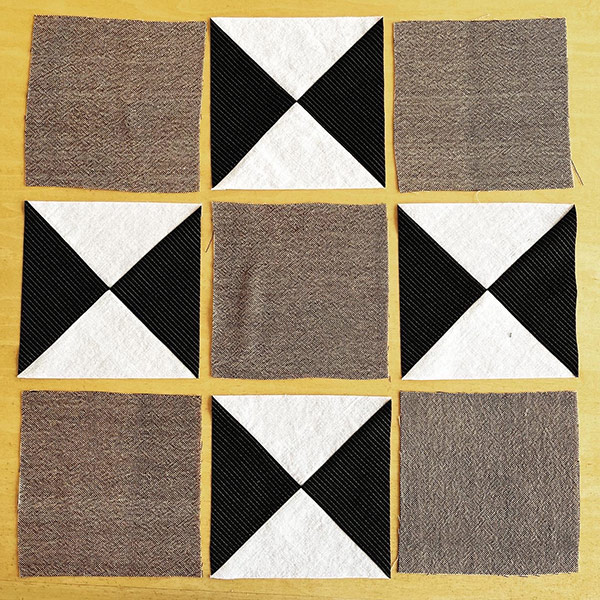 I brought in some green, earthy pinks, and a hint of purple for a bit more color. 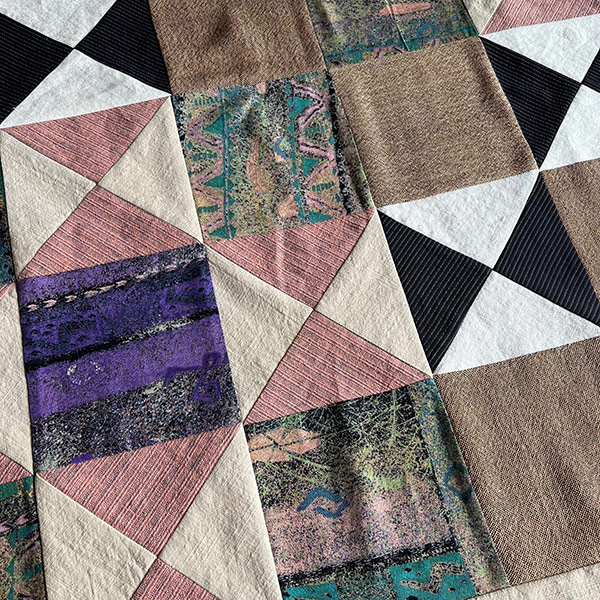 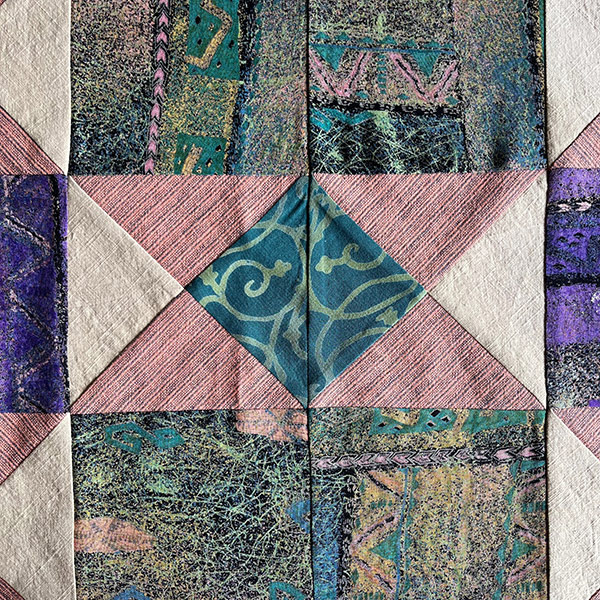 Here is Lindsay’s final quilt, followed by a few details. 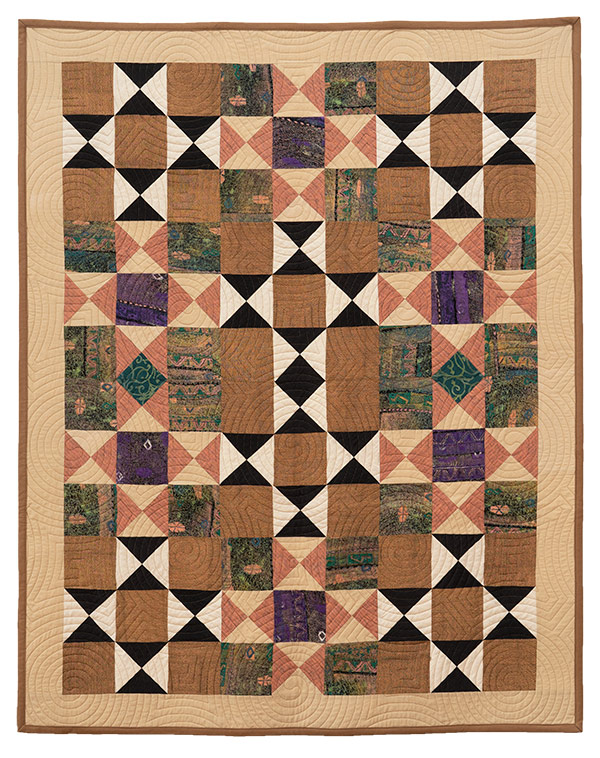 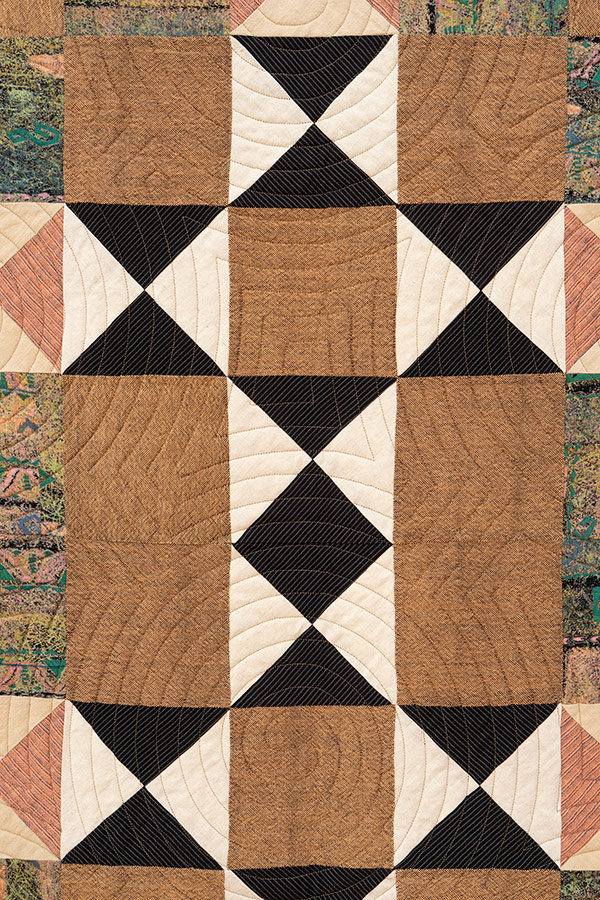 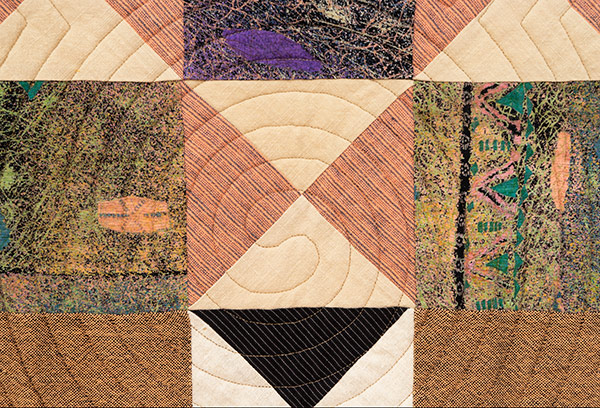 Next I turned my attention to Kim’s quilt. She requested that I use a majority of her mom’s blue and blue-green garments, of which there were plenty. 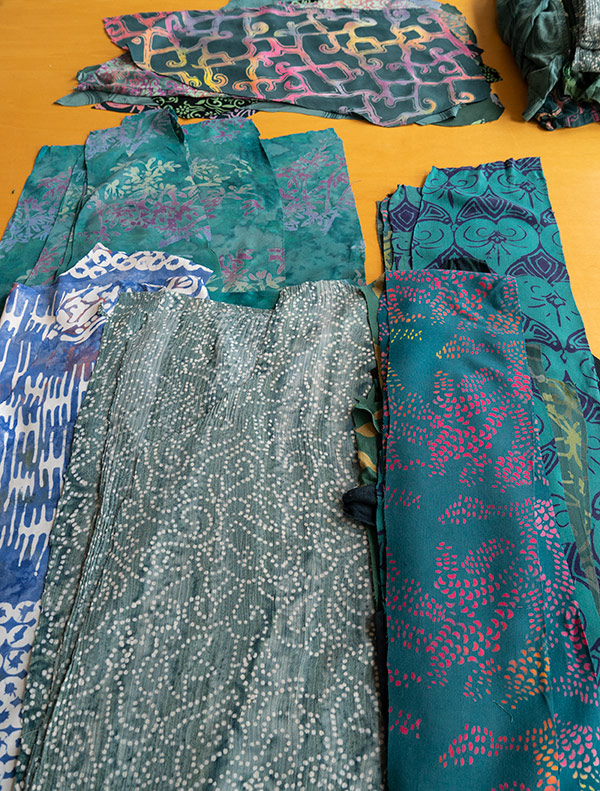 It was helpful to have my schematic as a guide to keep all the patterned fabrics straight and oriented in the correct direction. 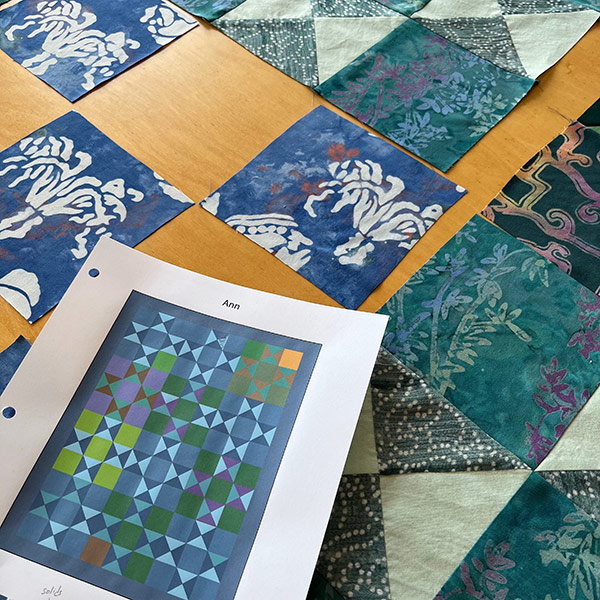 One of my favorite fabrics was this blueish-gray print with white dots. 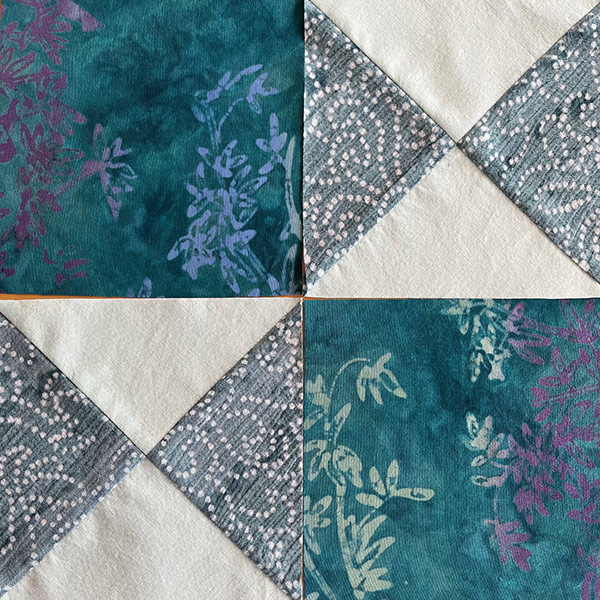 I chose some solid greens to offset some of the more wild prints. 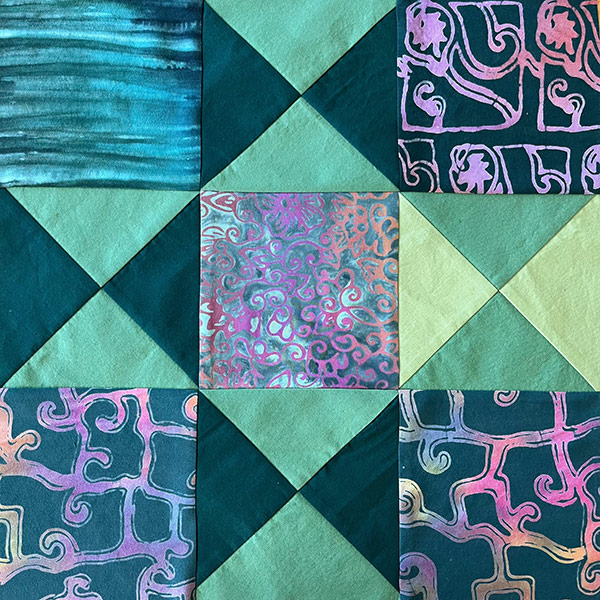 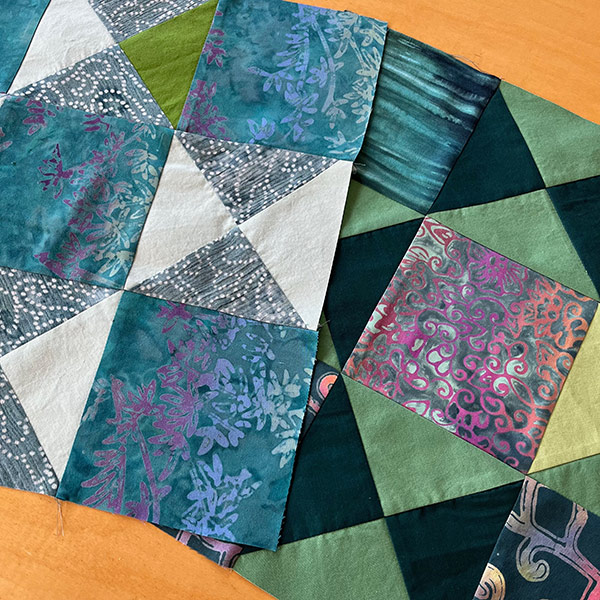 During the process of making blocks and stacking them on top of each other, I often photograph interesting new patterns that arise for future quilts. 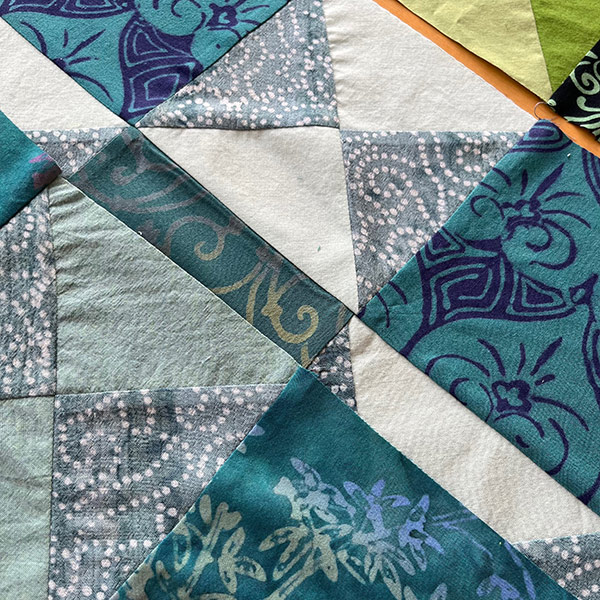 As the quilt assembly came together, it felt more and more like a rich, wavy sea of watery color. 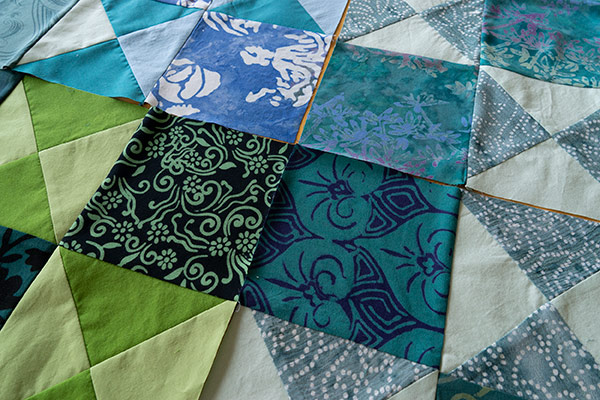 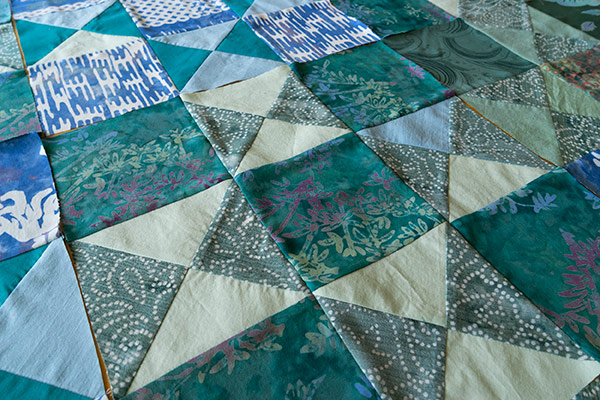 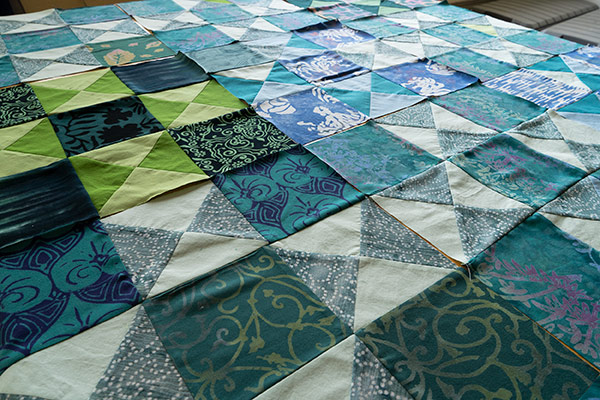 Here is Kim’s final quilt, followed by some details. 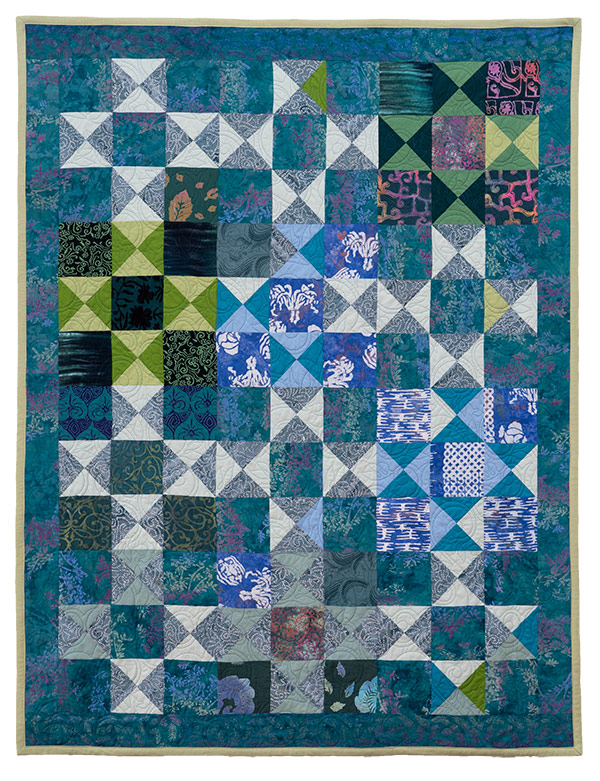 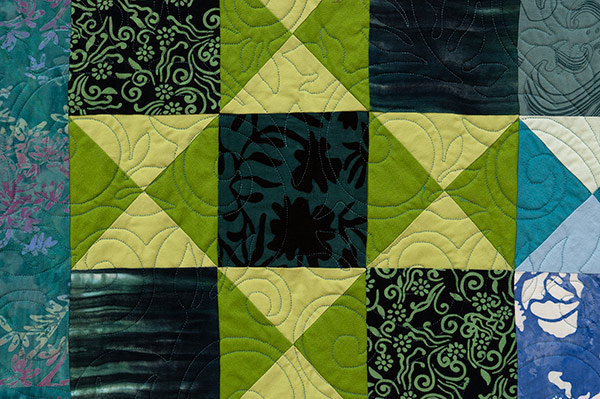 The third and final quilt was for Lindsay’s father Stephen. Lindsay asked that I emphasize the purple garments since purple is one of Stephen’s favorites. 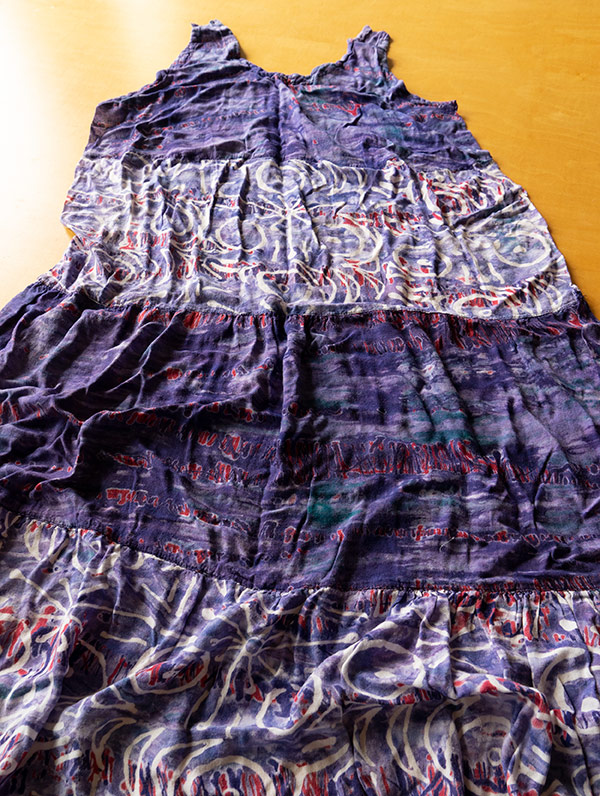 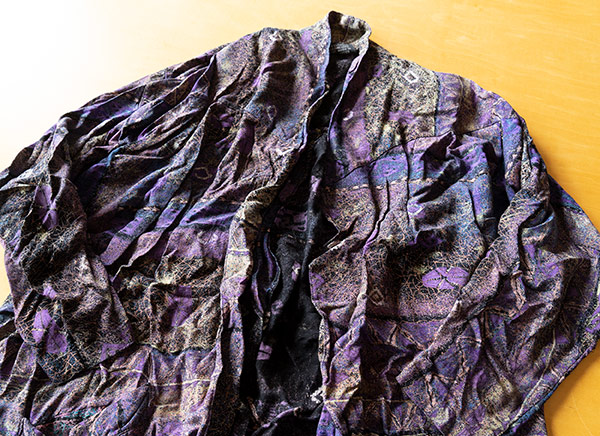 I added a solid purple fabric to step up the purple theme a bit more, and again, to offer a resting space between the heavily patterned prints. 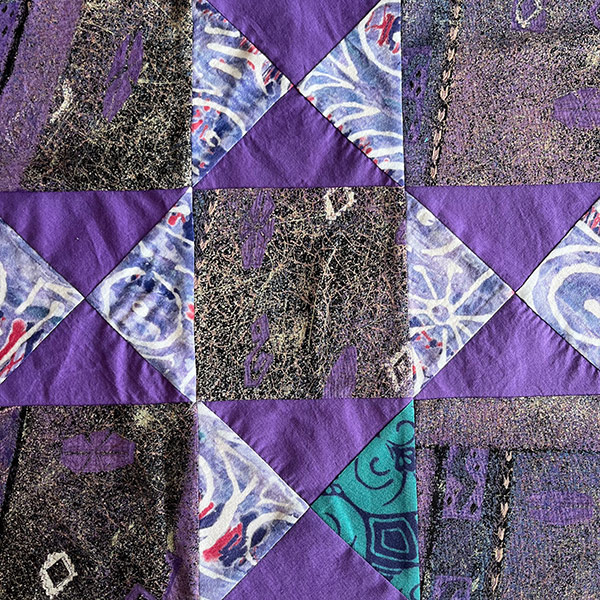 Some of the blue fabrics from Lindsay’s quilt made their way into Stephen’s. 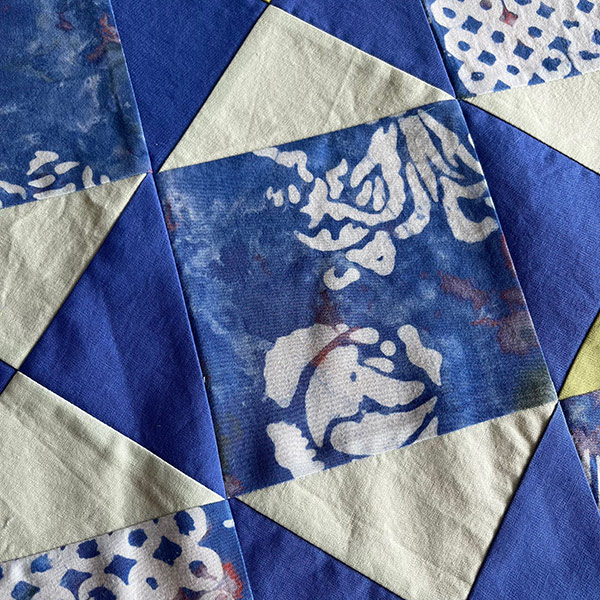 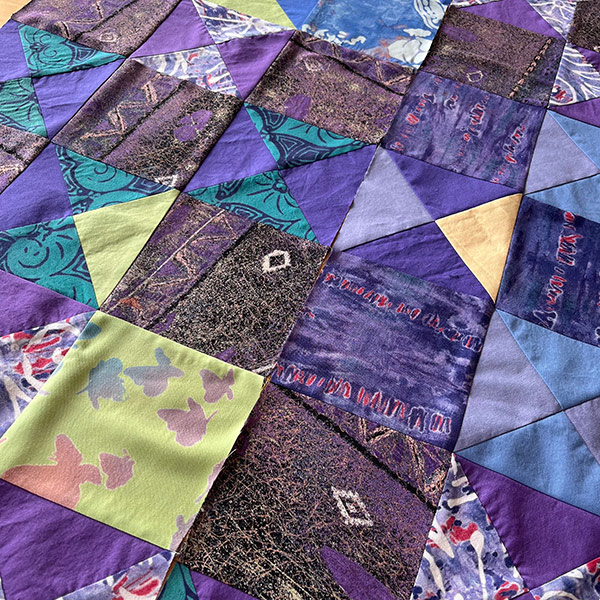 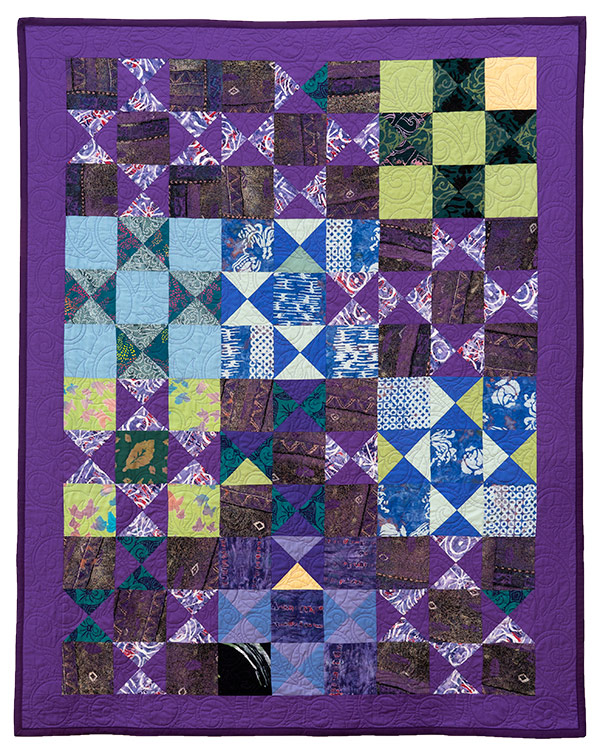 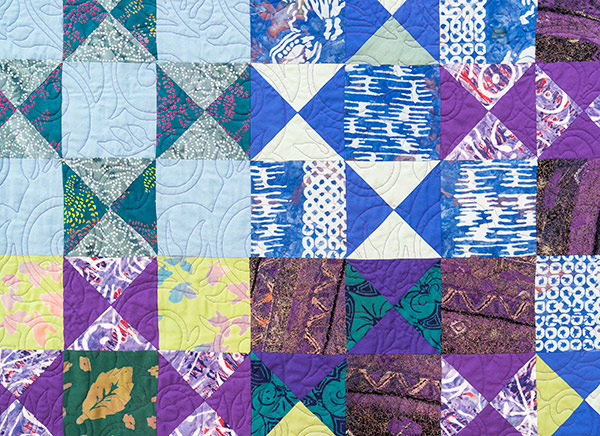 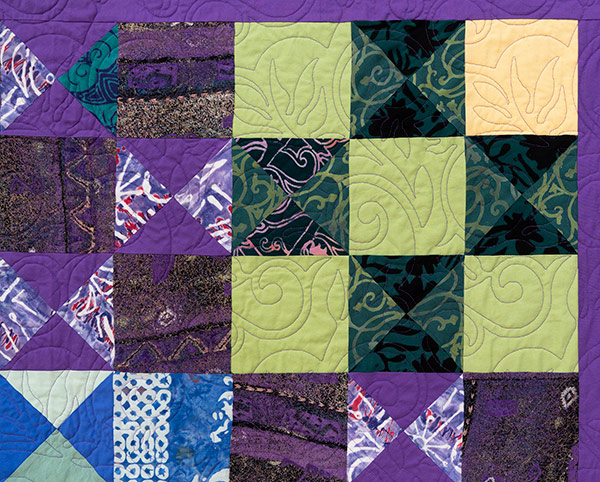 A heartfelt thank you to Lindsay for allowing me to make these quilts for her and her family.